Aakanksha Singh on Qaid and Methi Ke Ladoo: I am proud of both these films

Kundali Bhagya lead Shraddha Arya spills the beans about Dheeraj Dhoopar, reveals the word he uses the most! 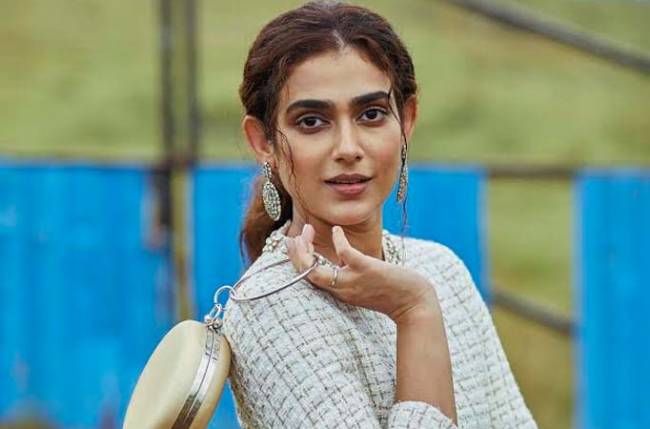 Actor Aakanksha Singh is very proud of the two short films that she was recently part of – Methi Ke Ladoo and Qaid. Shooting both films have been an amazing experience, says the Badrinath Ki Dulhania actor, who has been part of Telugu films Malli Raava and Devadas, Kannada film Pailwaan and will soon be making her Tamil debut with Clap. “I have thoroughly enjoyed working on Qaid and Methi Ke Ladoo. The experience has been so good. If you talk about Qaid, when I got the opportunity, I was told that it is a really different kind of film. The person who approached me for the role told me that he was not sure if I will be able to do it or not or if I will even like it because it’s based on a controversial subject of transgenders and sexuality. But, when I heard and read about it, I was like I want to do this particular film. We have Nicky Chawla, who was cast opposite me in the film. She is a transgender and a very popular name in the industry. She got her sex changed when she was 20-years-old and when I heard her story, I was like I have to do this film. It was really important for me to be part of a story that touched me to this extent. I am very proud of Qaid,” she says, adding, “My other film, Methi Ke Ladoo was also an amazing experience. The experience of working with Zarina Wahab ji was incredible. Sharing the screen with an actor of her caliber was such a great feeling. Plus, she is such a sweetheart. I thoroughly enjoyed working with her. One thing that I wanted to share is that so many people have watched Methi Ke Ladoo and they have called me for work. So, because of that one short film, I have got so much work. People have seen that short film and have said that they love me in it. They have told me the way I am looking, the way I have acted, everything is really nice. It is such a proud feeling to get work because of your projects.”

Ask her what are the parameters she sees while coming on board with a short film, and she says, “There is no particular criteria for selecting a short film. It is just that I should feel the story and be moved by it. Not all short films are like that but the two short films that I have done are very relatable and convincing. When I hear the narration of a project, my heart should say, ‘Oh wow! this is nice and I want to be part of it,’ so this what I look for in every project.”

Aakanksha has always been a big fan of short films. “I feel that it is a very good platform to showcase your talent and to convey your story in just a few minutes. It’s a tremendous and hard job to convey and narrate your story. I feel it’s an amazing platform to showcase your talent,” she says, “One short film which I loved was Chutney. I really like that one film. Tisca Chopra has really done a really good job. In fact, the whole cast of Chutney is amazing.” Aakanksha Singh would be seen in the film Mayday as Ajay Devgn’s wife.