#BB10: Lopa and Manu carry out a ‘SECRET TASK’ during the Luxury Budget task! 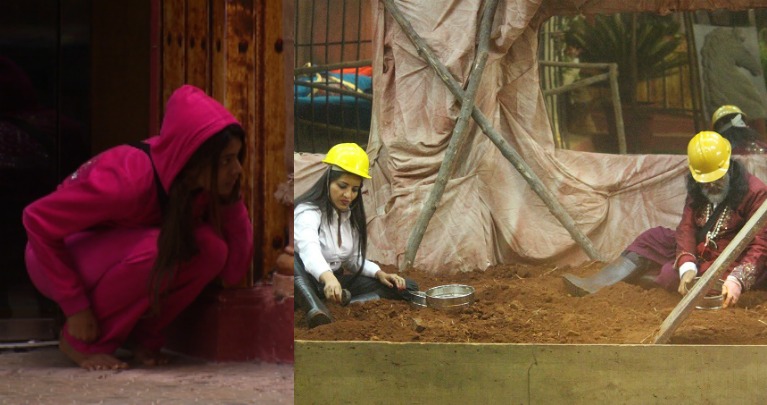 Bigg Boss season 10 will now roll out a new task for which Rohan will turn a businessman (Malik) while the housemates will be his Gulams/workers.

At any time given time, there should be two people performing the task in the mine. And, if Rohan is able to gather a lot of Gold then he gets a chance to be the captain of the house for another week.

While the team tries to perform their best, Bigg Boss will give Lopa and Manu a secret task!

They will have to steal half of the treasure collected by the workers for their Malik (Rohan) when the light goes off. If they successfully do it, then both of them will get a chance to fight for captaincy!

Do you think they will be successful in winning the task?