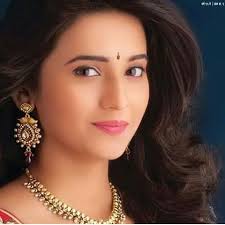 MUMBAI:Bigg Boss has always been a controversial series. The reality drama has always kept the talks going on, both inside and outside the house. The notorious show made its Marathi debut a few days back and already it has been under the radar.

After the launch, in just within a few weeks, the fights and the blame games have started in the glass walled house. Popular TV actress Shivani Surve, who was last seen in Ekk Deewana Tha, slammed the housemates inside the BB house. Surve recently shared a post on her social media account stating the hypocrisy of the inmates.

Being a strong woman, the lady also spoke about how the contestants are disrespecting women in the show. She categorically mentioned, “first get some class n the manners to talk to a women.”

Well, not just this. Surve, who was offered to be a part of the maiden season of the Marathi version, also commented on her offer. When one of her fans commented on the post, Shivani replied saying, “I am so glad I rejected this” (sic).

Shivani has acted in many TV shows and rarely been a part of any reality series. And with her comment the chances look bleak.

Do you agree with Shivani? Comment below your thoughts and stay tuned.