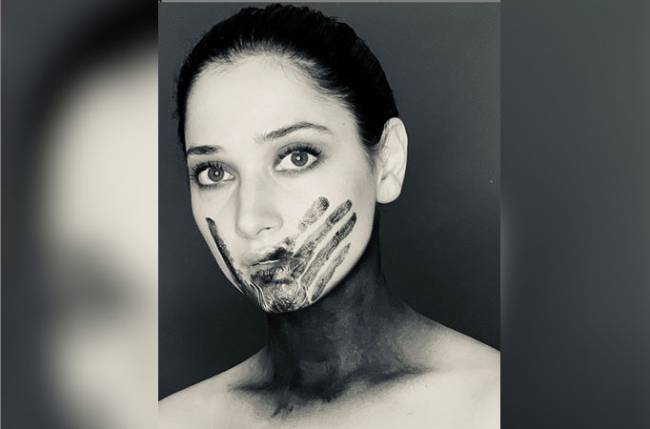 Tamannaah Bhatia is one of the most popular actresses of the South film industry. She was mired in controversy a few days back concerning the Black Lives Matter movement that sprang up following the murder of George Floyd under police custody. The actress received a lot of flak on social media after having shared a post related to the same. In a recent interview, Tamannaah has opened up on the entire matter.

The actress initially states that she feels people didn’t read her caption properly. She further says that she had put out a pertaining opinion. Tamannaah also reveals that she had shared the post because of what was happening around her and that she thought it was appropriate to put it artistically. According to the Seetimaarr actress, her opinion had been taken to another zone. Tamannaah also adds that she cannot clarify the same to everyone who’s having an opinion on her.

On being asked about how one should handle mental pressure, the actress states that one who needs clinical help should go for the same. In Tamannaah’s words, the stigma should go out and that it is natural and normal. On the work front, the Southern beauty will be venturing into Bollywood again with the movie Bole Chudiyan co-starring Nawazuddin Siddiqui. She will then be seen in the sports drama titled Seetimaarr. The actress is also a part of That is Mahalakshmi that is an official remake of the 2014 Kangana Ranaut starrer Queen.