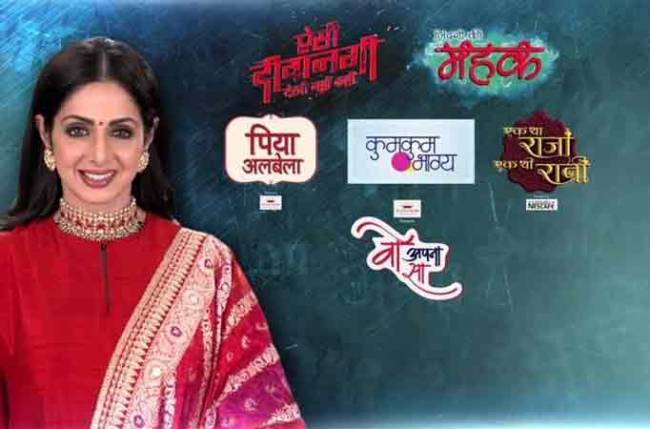 Superstar Sridevi’s 300th and this year’s most awaited film, Zee Studios & Boney Kapoor’s MOM, is set to hit the cinema screens on July 7th.
Tonight on 3rd July, viewers can look forward to their favourite actress making a splash across Zee TV’s primetime.

In special interactions with the mothers from each show, Sridevi will be seen having conversations with Tejaswini’s mother from Aisi Deewangi … Dekhi Nahin Kahi at 7:30 PM, Kanta Chachi of Zindagi Ki Mehek at 8 PM, Naren’s mother in Piyaa Albela at 8:30 PM, Pragya’s mother Sarla in Kumkum Bhagya at 9 PM, Rani’s mother Sumitra in Ek Tha Raja Ek Thi Rani at 9:30 PM and Jhanvi of Woh … Apna Sa at 10 PM.

The core theme of the film, which is all about a mother building a strong bond with her daughter, has been seamlessly integrated across all ZEE TV primetime fiction shows.