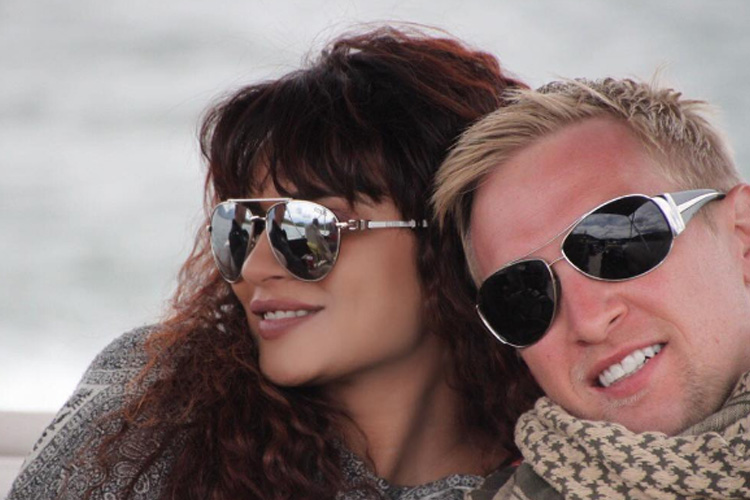 The actress also clarifies that it isn’t love on the rebound..

It’s barely been a few days, where we reported about actress Aashka Goradia and actor Rohit Bakshi parting ways after 10 years of relationship. An amicable breakup, where the duo mutually decided to end things.

And now, it seems Aashka is struck with the chord of love once again. According to a report in a leading news daily, the ‘Naagin’ star, Aashka Goradia has found love again!

The actress is now dating Brent Goble, a US-based weapons instructor and range safety officer whom she met at an event in Las Vegas. This happened right after Aashka went through her breakup and she mentions that she and Brent want same things from life and from each other.

On being asked whether it is a case of love on the rebound, Aashka refuted the same telling that they are not teenagers anymore and are mature enough to realise that upon getting older, the awareness and capability of handling emotions and life gets better. She also mentioned that love is an individual experience and there cannot be any rebound.

Also, according to sources, in one-of-its-kind types, where we have seen several cases of the girl moving to her partner/husband’s country; it is Brent who would be moving to India.

Due to Aashka’s career in India and other commitments, it is Brent who has decided to move to India along with his baggage just to be with Aashka.

Aashka mentioned that when the big step, i.e. marriage takes place, she would surely notify.

One of the points that Aashka was surprised about was how Brent loved India and the culture and has a Ganpati idol on the door of his house with Lord Shiva and Buddha’s idols inside.

We tried calling Aashka but she remained unavailable.

We wish Aashka all the best for this new beginning in life!