Amitabh Bachchan to lend his voice for Swastik’s upcoming show on Colors? 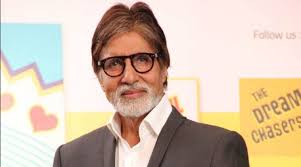 MUMBAI: business cash had exclusively reported about Siddharth Kumar Tewary’s Swastik Productions working on its next TV show for Colors.

The show will be based on black magic and is tentatively titled Tantra. We had also mentioned that Saurabh Raaj Jain has been approached to play one of the lead roles in the drama. However, as per latest developments, things haven’t worked out and Saurabh will not be seen in the show. However, viewers can watch the actor in Sony TV’s Porus, where he will play the negative character of Dhana Nanda.

Now, we have learnt that Siddharth is in talks with the Shahenshah of Bollywood, Amitabh Bachchan, to lend his voice for the first episode of the show.

We are still not over Big B’s voiceover in the newly launched teaser of Kangana Ranaut starrer Manikarnika.

It will be a treat for TV lovers if Mr. Bachchan lends his voice to Swastik’s show.

Meanwhile, viewers are enjoying watching him in Sony TV’s Kaun Banega Crorepati. Big B will next be seen in Thugs of Hindostan.