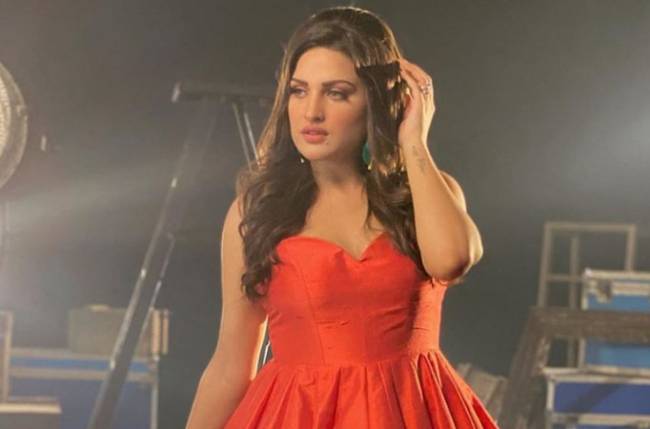 Himanshi Khurana is one of the most popular actresses. The model-actress-singer, who works in Punjabi films, gained immense popularity for her stint in Bigg Boss 13.

The diva is currently making headlines for health reasons. Earlier, Himanshi had taken to her Instagram story to share a video of herself traveling on a wheelchair at the airport which raised a lot of speculations. Due to her post, it was being written that Himanshi has suffered some injury.

But, now, according to a report, Himanshi has not suffered any kind of injury but definitely is in bad health. The report further stated that the actress, who is presently in Goa for the shooting of an upcoming project, will be soon undergoing a surgery.

A source close to the actress informed the portal, “Her PCOS has become worse, the swelling has increased due to which bleeding is happening and she is unable to walk at all. Yesterday, she had a flight and she was not in the position to walk so we had to take her inside the flight with the help of a wheelchair. Considering today’s shoot commitment was done a long time back she couldn’t cancel it. But since her condition is getting worse soon after the shoot, she will undergo a surgery. Right now we are taking care of her as she is in acute pain.”

On the work front, some of Himanshi’s recent music videos include Afsos Karoge, Dil Ko Maine Di Kasam, and Distance to name a few.