“I respect and like that Rashmi Jha never sworn on the show,” says Samyukta 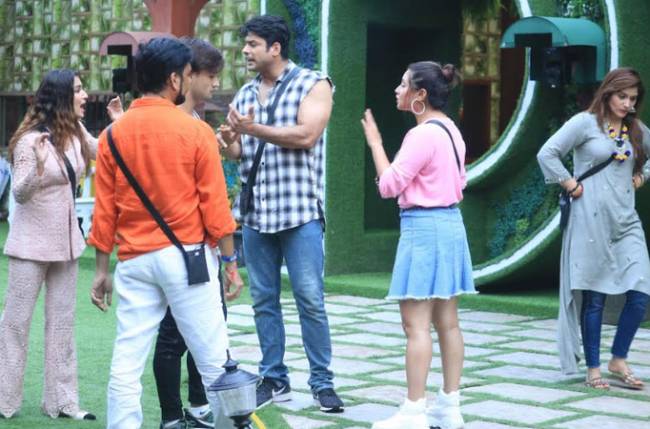 3 weeks have gone by and the midseason finale of the season is soon approaching. The game is getting tougher and the tension inside the Bigg Boss house seems to be an all-time high. The housemates wake up to the song ‘Gulabo’ wondering if the day is going to be ‘rosy’ but to their dismay, it indicates another twist that awaits. Affected by Salman Khan’s feedback the contestants put up a more positive outlook and dance with a lot of energy and masti this morning.

Bigg Boss introduces nominations for the week and sends red rose that becomes a sweet poison for the contestants. It’s the nomination task and the housemates must celebrate ‘rose day’ to escape this much-dreaded process. The task gives the boys a chance to grab the rose and present it to the girl of their choice, the girl then has the power to nominate one boy of the house. But as twists have become synonymous with the game, only one girl will benefit from this task and get to escape the nominations. In a bid to get the power, Paras and Asim rush to grab the rose and slip and fall in the bargain. While it’s Rashami’s first time as a ‘sanchalak’, Aarti raises a complaint that leads to a fight between both the girls. Realizing the true face of the fellow mates the contestants have become even more alert about who is with them and who is playing against them.

Not sure of each other’s real personalities, they are doubtful and contemplate who is their real friend and who is not? Amongst all this confusion, Bigg Boss steps in and makes Shefali responsible for bringing to light the true sides of 3 of the contestants by wearing her ‘Khabri’ avatar. Will Rashami reveal the reason behind her and Shukla’s fight? All this and much more will come to the fore tonight through an interesting task.

Will bonds become stronger or will the game see a new change?