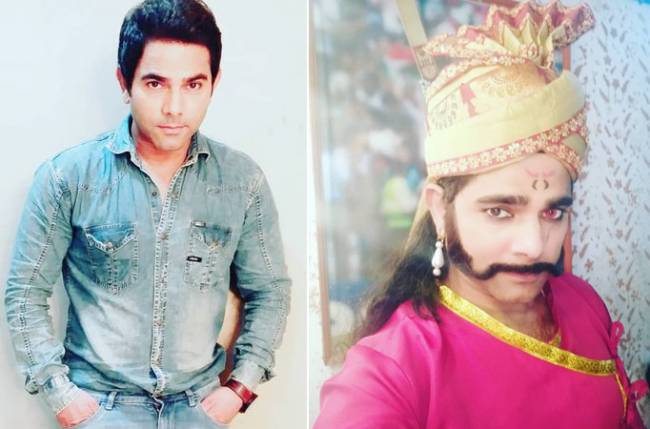 MUMBAI: Here is some great news for fans of actor Deepesh Bhan. The actor, who is part of Binaifer and Sanjay Kohli’s Bhabiji Ghar Par Hai, will soon be playing the character of Dwaar Pal in a Ravan Leela sequence in the show. He has already started shooting for the same. ‘It took me almost 20 to 30 minutes to get into the costume including my make-up. But I am so glad we are getting to do this. Just adds to the festivity around,’ he says.

The actor says that everyone on the sets is having an amazing time shooting for this sequence. ‘Everyone around is in a funny mood, preparing for their character. Each character is roaming around in their costumes and doing their daily chores. Each character is conversing in a mythological manner. So, it’s fun to play such characters,’ he says.

In fact, this is making him very nostalgic. ‘I was reminded of my childhood. I have played the role of Lakshman in Ram Leela, so while shooting, sometimes my mind flees to the memories of the dialogues of Ram Leela. In fact, when I am free on the sets, I even start reciting my dialogues of Lakshman in front of the mirror,’ he says.

The actor loves Dussehra, as he believes that good always triumphs over evil. ‘I believe in the winning of good over evil. I think truth always prevails, just like in Ram Leela, where Ram had a victory over the cruel Ravana,’ he says.

‘It’s a very good concept. We get to learn a lot of good qualities like honesty, the power of truth, etc.,’ Deepesh adds.