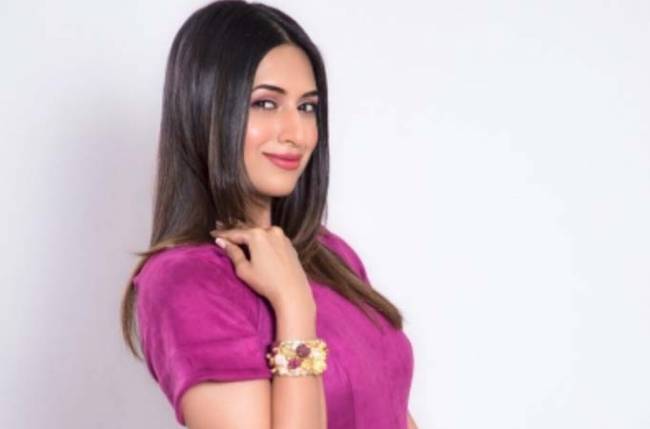 Telly star Divyanka Tripathi Dahiya has been part of daily soaps and reality shows for over a decade. She has now given hosting a crime show a shot, and says the experience should be refreshing.

Divyanka currently hosts “Crime Patrol Satark: Women Against Crime”, a special series that presents a comprehensive and dramatised account of crimes such as rape, molestation, murder, and child abuse, in an effort to act as an eye-opener.

“I was looking for a show like this. But then Covid and lockdown happened. I was in a happy space during that time because I wanted that much needed break. After that, I wanted to do something very different from the daily soap zone,” Divyanka told IANS.

“In fact, I have been putting up a lot of posts (on social media) about women awareness and empowerment. I always wanted to work in this kind of a space. Maybe God has his own way of listening to people. Then came the offer of ‘Crime Patrol’. It really excited me a lot. It’s refreshing. Through this show, I am aiming to create awareness among women on how they can be cautious and be aware of crimes and possibly evade them,” added Divyanka, who became popular in the fiction space with roles in shows such as “Ye Hai Mohabbatein” and “Banoo Main Teri Dulhann”. Her fans loved her equally for competing in the dance-based show “Nach Baliye” and hosting “The Voice”.

She feels that there are some women who lead a certain lifestyle and “people around them have a fixated mindset about women behaving in a certain manner”.

“Sometimes women are unable to share their stories of molestation or torture for a long time. Then the problem aggravates. If one woman doesn’t speak, 10 others don’t speak up. If one speaks up, others get the courage to follow suit. This is the cause I am working for through ‘Crime Patrol’,” said Divyanka.

Asked if there should be more Indian shows focusing on women’s issues rather than kitchen politics, she said: “It’s about demand and supply. There have been shows showcasing something different. But they don’t get enough eyeballs or TRPs. After all, it’s a business. When people say that makers should create something different, then viewers should watch that different kind of content. But they don’t. That’s very unfortunate. Due to this, there are early shut down of shows.”

In fact, she feels that channels want to play safe.

“They don’t want to take risks. If they show an evolved daughter-in-law or mother-in-law or a family with no conflict, there is no masala. Maybe people from smaller towns won’t watch it then. So viewers need to give the confidence to makers that we will watch a good show because if viewers won’t watch it, it won’t be made,” said the actress, who has also made a mark on the web show “Coldd Lassi Aur Chicken Masala”.