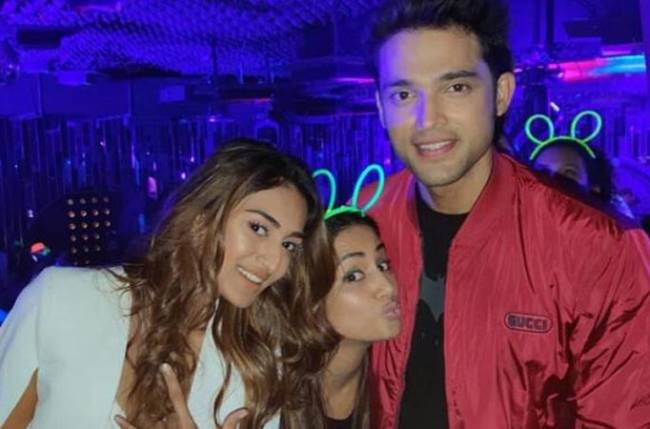 Kasautii Zindagii Kay is currently one of the most popular shows. With its intriguing narrative, the reboot version has kept the viewers hooked to the TV screens. Fans also love how the cast bond off the screen.

Erica Fernandes stepped into the shoes of Prerna and Parth Samthaan became Anurag. Later, Hina Khan joined in as Komolika. While working together, they all shared a great rapport and that continues even now when Hina has quit the show. An example of their great bond was recently seen at Kasautii Zindagii Kay star Pooja Banerjee’s birthday party. Pooja celebrated her birthday with her closest friends and Hina, Erica and Parth partied away until the wee hours of the night. In one of the photos shared by Parth, Hina can be seen photobombing Erica and his picture. Hina can be seen coming in between them as the picture was being clicked. Captioning the photo, Parth called his former co-actor and friend, ‘Photobomb.’

Take a look below: