I am very happy to play the role of a doctor in Mukhosher Arale: Amila Sadhukhan 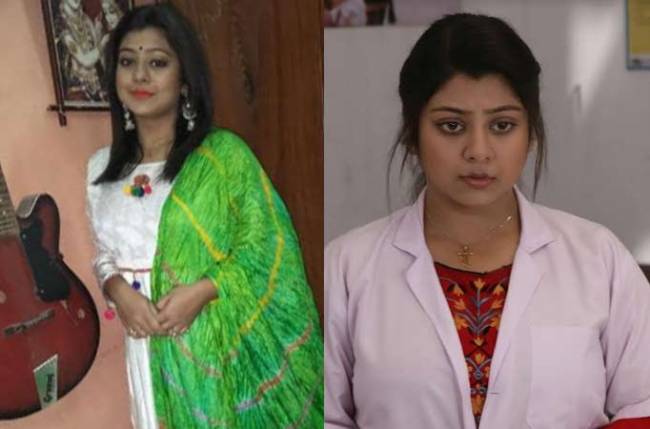 Amila plays the crucial role of Dr. Shaon in Mukhosher Arale. Dr. Shaon is a young talented doctor working at a rural hospital. She is the one who performs surgery on Jhinuk (Koushambi Chakraborty) and helps her to recover. She is very passionate about her career and is caring by nature.

This is the first time that the actress is essaying the role of a doctor so TellyChakkar asked what preparations she took to get into the skin of the character. “I have not taken any preparation as such. The character of Radha was very vibrant while Shaon is a serious professional doctor, so my preparation was all about standing in front of the mirror and think deeply (how a doctor behaves),” shared Amila.

She added, “In the initial days it was a bit difficult to understand and portray the character…so far so good. After giving my shots, I ask whether or not it was okay. The team is very supportive; I am getting all kinds of help from them.”

After Radha, Amila was seen in a negative role in Star Jalsha’s Ke Apon Ke Por. When asked how happy she is to bag the role of a doctor, she expressed, “Of course, I am very happy. Again (I got) a new project where I am playing a lead role, so I am very happy and excited too. Plus, I am so comfortable with them (team).”

Best wishes for the project, girl!

Stay tuned to this space for more updates on your favourite television actors.