If Tom Cruise can play a vampire, so can I, says Aashka Goradia on Daayan role 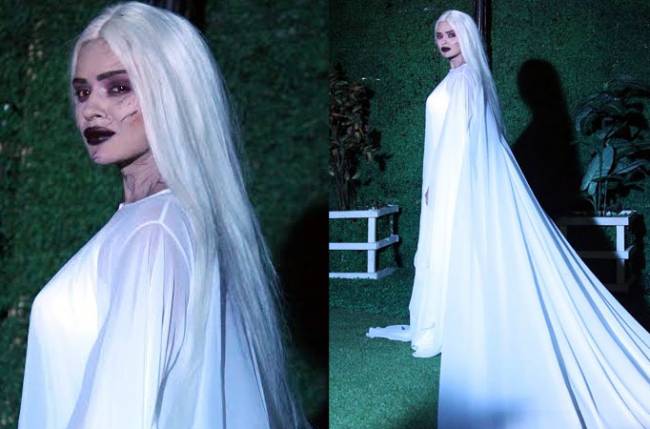 Keeping the supernatural intrigue alive, the show has brought in another fictional character of a vampire which will be essayed by none other than Aashka herself.

Sharing a deep love for styling the look of her characters, the actress has herself given a unique twist to the appearance of this vampire that differentiates it from the ones often seen on television. In an attempt to maintain the beauty and aura of her character, yet staying true to a vampire’s nature and immortality, the actress has donned an all-white appearance with a hint of silver, highlighted by a shade of blood red lipstick and illusionary dry veins across her face.

Talking about donning a new supernatural character, Aashka said, “Vampires are generally beautiful creatures and cannot be essayed by any next-door face. The thought of playing a vampire reminded me of the sheer elegance of the character, once essayed by Tom Cruise, Brad Pitt and Antonio Banderas. It’s a character I seek inspiration from and I feel if Tom Cruise can play a vampire, I shouldn’t shy from it either. Playing the character of a vampire on screen is actually a compliment because these characters are a pure creation of our mind. I’m glad I got to play a character like a vampire in Daayan.”

Speaking about the inspiration behind styling such an appearance, Aashka said, “There is a certain all-white visual imagery that people have in mind when it comes to a witch, which is a character the Indian audience connects to. Keeping that imagery in mind, we decided to create this look in the same manner, but highlighted certain aspects that symbolize a vampire’s traits. The dark and dry veins across her face and bright red lips depict the immortality and true nature of this character. The idea was to make her look beautiful yet make the appearance chilling enough to bring out the essence of a vampire too.”

With the entry of yet another supernatural occurrence, Jhanvi’s life is all set to take a drastic turn.