Lady Gaga opens up on broken engagement with Taylor Kinney

What! Surbhi Chandna to be replaced in Naagin 5? 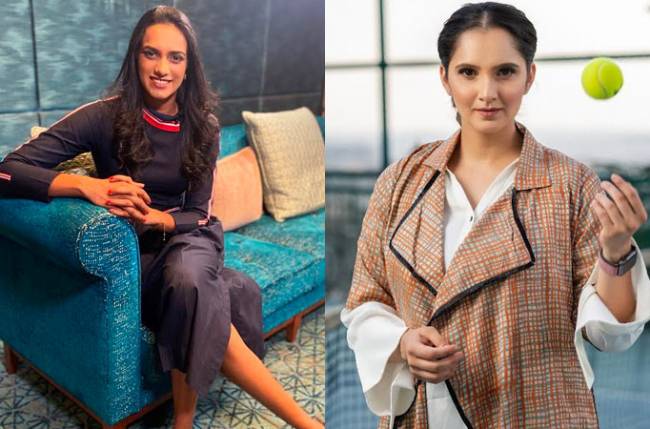 Mumbai, November 04, 2020– Discovery Plus, India’s first aggregated real-life entertainment streaming app has already created a buzz with its latest offering “Strokes of Genius” – a gripping 90-minute sports documentary, based on the book ‘Strokes of Genius: Federer, Nadal and the Greatest Match Ever Played’, by L. Jon Wertheim. Keeping in line with the theme of the documentary, Indian sporting stars PV Sindhu, Sania Mirza and Somdev Devvarman, expressed their views in a candid conversation on the modern-day legends, one of the greatest rivalries of tennis and also across sporting disciplines – Federer – Nadal, the protagonists of the documentary who have defied all odds and have inspired millions over the years.

Sania Mirza who has been a teammate for the legends in the past at IPTL talked about the pure nature of this legendary rivalry and what it means to be true champions like them.

She said, “The way they talk about each other on and off the camera is pretty incredible and I’ve seen that being a part of IPTL where I was on Rafa’s team and I was on the same team as Roger in the following or the year before that. They speak so highly about each other. On the courts, of course, everybody knows that they’ve had some incredible matches and have some incredible history, but I think off the court are the moments that make them very special. The respect they have for each other and when they play you can see that there is so much respect and mutual admiration for each other as well. They bring so much to the game and such different things that our sport really needs both of them.”

The Indian tennis star also looked back at some of the rivalries she cherished the most on her road to becoming a six-time grand slam winner. She said, “There are some rivalries that are iconic. But I think during my singles career there was a girl from Russia called Anna Chakvetadze. She was top 10 in the world, I think close to top 5. We played a lot against each other since the juniors. She definitely helped me become better because initially I was not able to beat her and I felt that she was someone, she had a very unconventional game and I feel that… we played so much against each other. When Martina and I were playing, I think our biggest rival at that time were probably Elena Vesnina and Ekaterina Makarova. We won the Wimbledon finals against them as well. We played a lot against each other. Also, there was Babos – Mladenovic at the time who we played a lot against and Mladenovic and Garcia, they were probably our biggest rivals.”

Speaking to Discovery plus on the occasion, PV Sindhu said, “I believe both Roger and Rafael are legends in their own way and definitely love to see both of them play. I can’t just choose one from both but I think each of them has a different style of play and different game so I would say, both are legends.” She added, “I think it’s the greatest rivalry not only in tennis but also globally because they are true champions and they have always inspired us in many ways and I would say it is always a treat for us to watch them play.”

On being asked who is that one rival who pushes her to become better? Sindhu accepted that Carolina Marin has done the same for her over the years. Sindhu also reminisced a moment from the initial days of the #Fedal rivalry that inspired her in her career and said, “I was really young then in 2004 in Miami when Nadal won against the then no 1 Federer. When I saw that it inspired me a lot in 2004 when Nadal won against the then world no 1. So, the closest of that for me would be when I won against the Olympic champion Li Xuerui in China Masters in 2012. So yeah, that was the closest for me.”

Somdev Devvarman talked about his greatest career rivalries remembering his time in college. He said “For me, my earliest rivalry began in college. I went through the NCAA system and the couple of players that I had played against were John Isner, University of Georgia and Kevin Anderson, University of Illinois and I played for the University of Virginia. So when we were in college we spend a lot of time playing each other and sometimes we got the better of each other. Those matches pushed me a lot personally because we wanted our team to beat their team but also knowing they were the best players in the country and I had a chance to play them and beat them.”

2008 Wimbledon final which forms the centrepiece of “Strokes of Genius” also happens to be Devvarman’s most memorable piece from the #Fedal rivalry. He said, “2008 Wimbledon, for me, was one of the craziest and memorable tennis matches. The rivalry still continues in 2020 more than decades from then. These guys are playing at such a high level for such a long time. In our sport, if you look at Roger and Rafa, I think they have been crazy good examples of how to have mutual respect for each other. The way they have handled their rivalry, their competitiveness on and off the court and that has never affected their relationship. I think it is absolutely incredible and something pretty much all of us can learn from them. Tennis is lucky to have them.”

The documentary, “Strokes of Genius”, seeks to bring out the various facets that go into the making of an immortal rivalry through interesting perspectives from other living legends like John McEnroe, Bjorn Borg, Pete Sampras, Chris Evert and Martina Navratilova and others, is streaming now only on Discovery Plus.