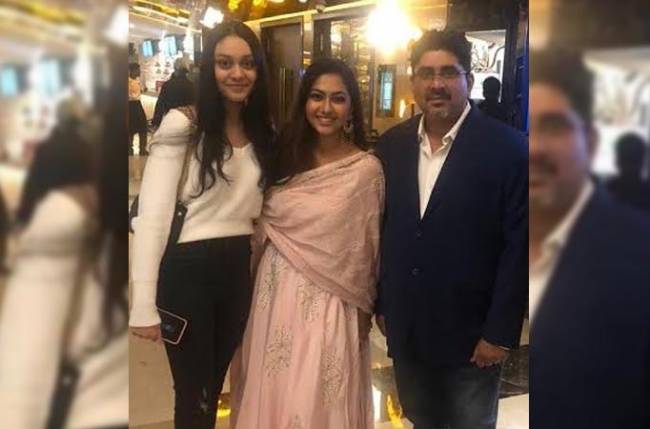 Producer Rajan Shahi of Yeh Rishta Kya Kehlata Hain was spotted at the screening of film Gul Makai recently at Andheri Multiplex along with daughter Ishika Shahi who is the best friend of TV actress Reem Shaikh.

If the buzz is to be believed Ishika is looking at an acting career in the near future and is being groomed for the same. Rajan Shahi’s show Yeh Rishta Kya Kehlata Hai is the longest-running show on TV and Reem had acted in it and is known for multiple traditional weddings and drama in the show.

Will Ishika be launched in a TV soap or film only time will tell!