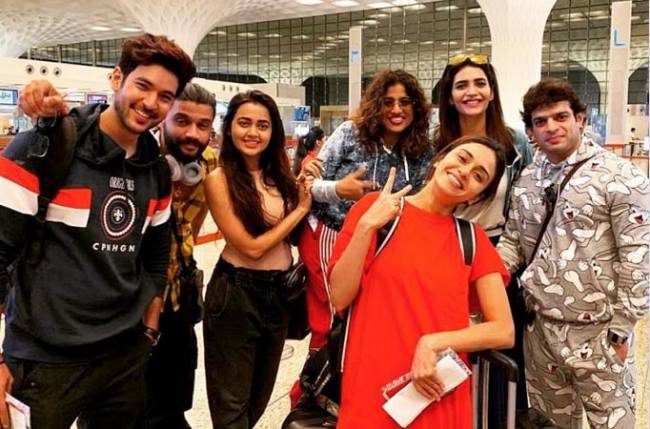 Yes, the reality show is all set to begin shooting for its 10th season as the contestants took off to Bulgaria in the wee hours of Thursday. And in spite of the late night or early morning flight, the participants looked rather excited as they were all smiles for the camera.

Shivin Narang, who is known for the show Internet Wala Love, took to social media and shared a picture with his co-contestants before they could embark on their adventurous journey.

He captioned the picture as, “Bulgaria… #khatronkekhiladi.” In the picture, he can be seen along with Karishma Tanna, RJ Malishka, Amruta Khanvilkar, comedian and host Balraj Sayal, TV star Tejasswi Prakash and actor Karan Patel.

The schedule in Bulgaria is expected to last for 45 days. However, the show will air next year in January after Bigg Boss 13 wraps up. Are you excited for the new season? Hit the comment section below.