Nawazuddin Siddiqui made sure I was comfortable: Rajshri on love-making scene in Sacred Games

Reality shows in India are not done in an extremely authentic way: Tanmay Bhat

Kartik–Naira to get Anmol–Mansi married in Yeh Rishta, Abhi–Pragya get married AGAIN in Kumkum Bhagya, Vedika molested in Aapke Aa Jaane Se, and other Spoiler Updates 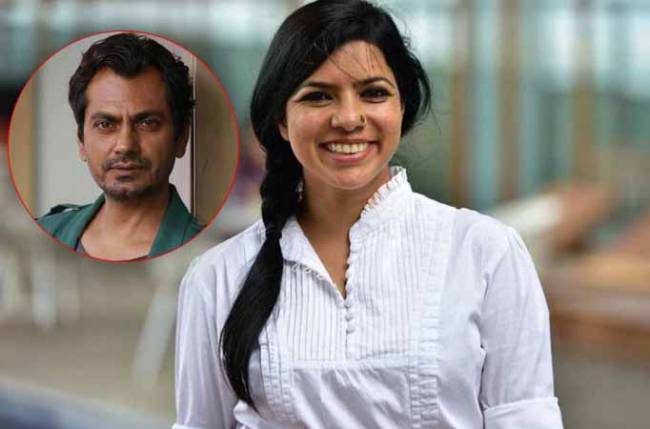 Mumbai: Suddenly everyone is talking about actress Rajshri Deshpande. Or rather her topless shot in her love-making sequence with Nawazuddin Siddiqui in the Netflix series Sacred Games is being talked about. But Rajshri, who has featured in movies like Angry Indian Goddesses and S Durga, is unfazed by the attention.

“When I did the scenes, I wasn’t aiming at a particular impact. It was what the character Subhadra and the situation demanded. And since I had full faith in my director Anurag Kashyap, I didn’t hesitate for a minute in saying yes,” she said.

Rajshri wants to thank her co-star for putting her at ease during the nude scene.

“Nawazuddin Siddiqui was a very big support. He made sure I was comfortable. In fact the whole team was a big help. And it isn’t as if my nudity is gratuitous. It comes with a great deal of back story.

“Nawaz who plays my husband doesn’t look at women when he has sex with them. He never kisses them. That moment when I am in front of him is decisive.”

More importantly, the recognition that’s come Rajshri’s way is helping her get recognition for her other work.

“I do a lot of work with farmers. Now that is being talked about. I was not popular on Instagram at all. Suddenly my fan following is growing. It’s good to be recognised for one’s work.

“And whatever work it is that I’ve done, I am proud of it, including the talked-about scene in Sacred Games. Like I said, I did it with my eyes open. I knew what I was getting into.”

She’s proud to be associated with the series.

“The novel Scared Games is written by the renowned Vikram Chandra. Varun Grover, Smita Singh and Vasant Nath who have adapted it to the screen have done an amazing job. The entire team is extremely accomplished. I’d have been foolish not to do this.”

Rajshri is hoping that this level of recognition would now translate into more substantial work for her.

“Whatever I’ve achieved so far has been on my own merit. I haven’t had the help of anyone in getting here. The road ahead is also my own. I am on it.”