Playing the role of Goddess Manasha is challenging: Chandni Saha 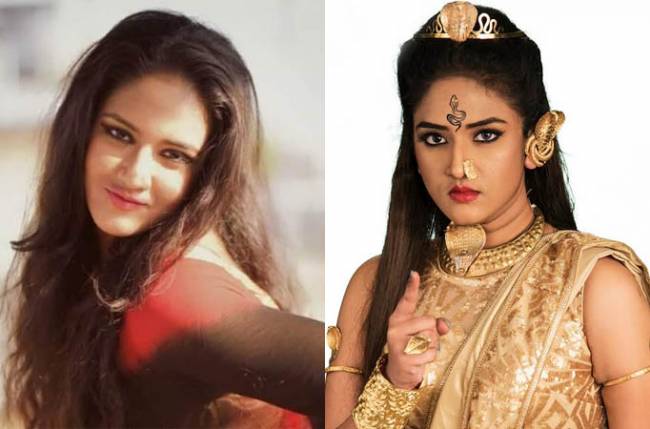 Actress Chandni Saha says that it’s tough to portray the role of a Goddess.

She is playing a mythological character for the first time in her acting career. She is portraying the role of Goddess Manasha in Colors Bangla’s upcoming mythological show named after the same goddess.

Speaking about the challenges of portraying such a character, she shared with business cash, “The subject is tough. I have never played a mythological character before. The entire thing is new for me and there are many challenges associated with it. Earlier, reading a script for three to four times before the shoot was enough but for this role, I am reading the script several times because my dialogues are in ‘Shadhu-Bhasha’ (a literary variation of Bengali language). I am memorizing my dialogues and then practicing in front of the mirror to get the expressions right. Also, it’s a costume drama so the make-up requires almost two and a half hours, which again is a challenge.”

“Before this project, I have played the role of a village girl and I have been told by many that playing such roles is easy but it’s not especially when you are a city girl. I feel that the role of Manasha will give me the opportunity of proving my mettle as an actress,” the pretty lady added.

Talking about Manasha, she said, “People are scared of Manasha because they think she is an angry Goddess. It’s not that she will always be seen in negative shades in the soap. She will also be seen in positive shades. Manasha is a strong character and that’s why I feel connected to her.”

The actress mentioned that Kheyali Dastidar has helped her a lot in getting into the skin of the character of Manasha.

She said, “All credit goes to Kheyali Dastidar. I have attended her workshop for three weeks. And there is hell and heaven difference between the work I did before and after the workshop.”

Produced by Subroto Roy production and directed by Srijit Roy, the series will start from 29 January and air every Monday to Sunday at 7 p.m.