“It’s important for an actor to enjoy adulation of the audience.” – Aniruddh Dave

Mithun feels that comedian Kapil Sharma is the most talented artist 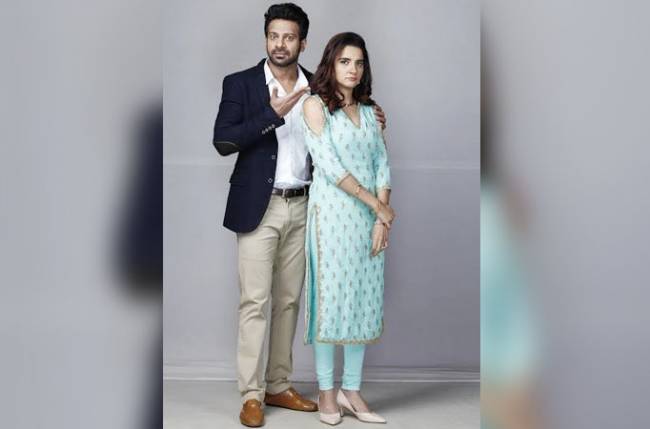 Sony SAB’s recently launched show, TV, Biwi aur Main is becoming popular for its unique storyline. While Rajeev’s struggle to maintain his off screen and on screen life balance is worth to watch for, the latest trouble in his life will be to finalize a vamp for daily soap and he is left with no choice other than his wife Priya.
In the upcoming track we will see that Rajeev (Karan Veer Mehra) who is the producer of the show ‘Bindiya, Shringar Ek Suhagan Ka’wanted to add some drama where he introduces a vamp in the show. He then plans for Bindiya (Tanvi Thakkar) and Kushal’s (Karan Goddwani) honeymoon sequence in Goa where the vamp will be introduced. Priya (Shruti Seth) seizes the opportunity and decides to tag along with Rajeev for the Goa trip. Hearing this Amma (Madhuri Sanjeev) insists Rajeev to take her and Babuji (Ashok Lokhande) with them so that it becomes a family vacation together. Rajeev is left with no choice and takes the family for the trip. Trouble doesn’t stop for Rajeev, when they reach Goa he gets to know that the actress who was signed to play the vamp didn’t turn up. He is completely trapped in between the pressure of the telecast and to search for the replacement of the vamp. Rajeev left with no other option asks Priya to play the vamp.
Will Priya agree to play the negative role? How will Amma react seeing Priya as vamp against her favorite Bindiya?
Commenting on the track, Karan Veer Mehra aka Rajeev said, “Rajeev is left with no option but to ask his wife Priya to play the negative character. He not only have to convince Priya but also needs to handle his mother. As a producer he is always firefighting situations. But this time his personal and professional life is at conflicts. Though the trip was supposed to be a happy trip it has now become a big trouble for him.”