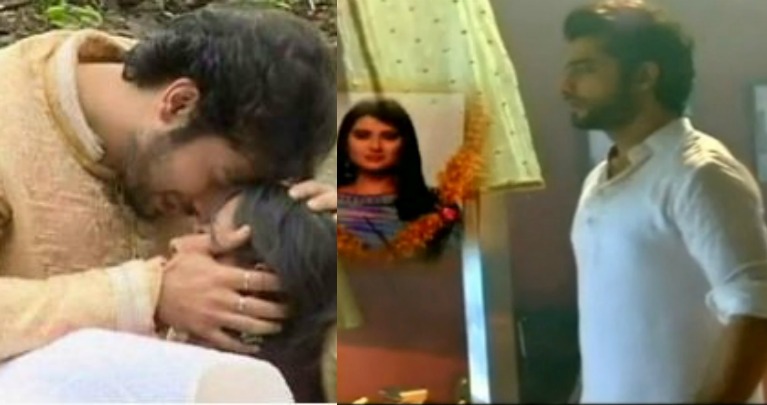 Rishi will resort to desperate attempts to escape from the pain of losing Tanu.

Ardent fans of Colors’ Kasam Tere Pyaar Ki, gather as many tissues as you can for you will be weeping your eyes out in the upcoming episodes of the show. Tanu (Kratika Sengar) will be killed while saving Rishi’s (Ssharad Malhotra) life.

As it has already been telecast, Rishi and Tanu have run off from their wedding and are running from Pawan (Malhar Pandya) who is in a hot pursuit behind them. Adding to Tanu and Rishi’s woes will be Tanvi’s boyfriend, Sandy. Tanvi will misguide Sandy of Rishi having bad intentions for her and this will anger Sandy to such an extent that he would want to kill Rishi.

With two parties aiming to kill them, Rishi and Tanu are on the run in full swing. During the chase sequence, Sandy will aim at shooting Rishi, but Tanu acting as his shield, would come in between and get shot.
She would die in Rishi’s arms and the fact that he will not be able to save his lady love will affect Rishi so much, that he would contemplate committing suicide.

WHAAAT?
Yes, Rishi, who is madly in love with Tanu, would choose to die without her rather than live with Tanu’s memories. He would even tie the noose made out of Tanu’s dupatta, around his neck.

But it will be Tanu’s spirit that would stop Rishi from taking this extreme step. They have a dream conversation wherein Tanu encourages Rishi to move on in life.

After all, he will have to fall in love all over again right?
Pretty shocking, isn’t it?