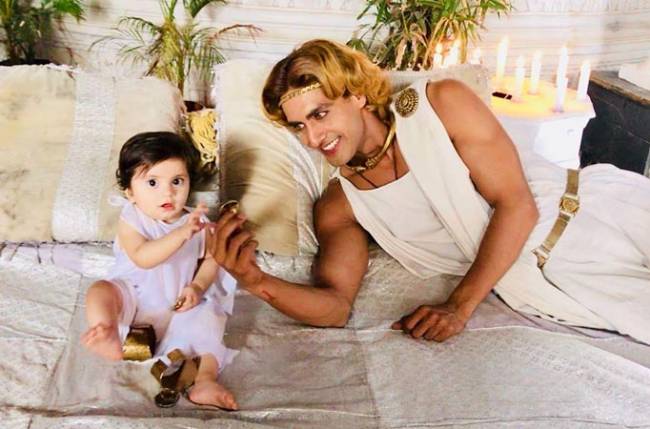 Mumbai: Sony Entertainment Television which has brought alive history with its magnum opus drama Porus is grabbing eyeballs with every episode. The versatile actor Rohit Purohit who plays the unconquerable warrior Alexander the Great has already proved his acting prowess with his upcoming track. In the upcoming track where Alexander ends his Brother Philip’s family in order to be the only King to the throne was trapped in an emotional yet playful situation. The scene in which Alexander has to execute the baby the actor almost fell in love with the little toddler. He had to become friends with the baby first in order to enact the sequence and had a gala time befriending the baby.

Talking about his experience Rohit shares, “It’s not easy to shoot with little children that too when you are playing a character like Alexander. It was a very difficult shot for me as an actor but was definitely a new learning as a person. The thought of killing a baby itself is inconvincible but as an actor you have to give your best. In order to perform the scene, I had to be friends with the baby and win her trust. The character is played by Nishu and she is angel who brought a lot of happiness and innocence while shooting. As an actor you learn something new every day and this was a beautiful learning.”