Shakti actress Rubina Dilaik is overwhelmed as her father trends on social media, fans pour in good wishes and love 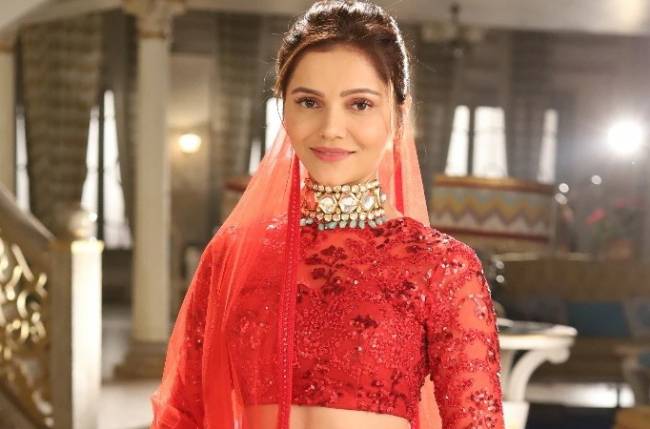 Bigg Boss 14’s winner Rubina Dilaik is back on the sets of her former Hindi show Shakti – Astitva Ke Ehsaas Ki…, wherein she’s again portraying the transgender-protagonist Saumya’s role on-screen and is garnering immense love and fame for the same by her immense fans through her empowering enactment.

To celebrate the same, Rubina has uploaded a pic of his parents, which is also a throwback pic of their travel memories sometime back, on her official Instagram handle. She captioned the picture as, “Happy 60th dear Dad”.

Reacting to the same, her innumerable fans ushered their heartiest good wishes and immense love on her father – Mr. Gopal. Out of love and respect, many of her fans even addressed him as ‘uncle’ and ‘Gopal Uncle’ through their wishes in the comments section.

Now today, it came as a surprise to Rubina herself when she and the rest of Twitterati found out that her immense fans got her father trending in the ‘top-most’ spot on Twitter.

One of her fan pages named ‘Rubina Dilaik Team’ even screen-shoted Rubina’s IG story that featured her selfie with her dad and circulated it on Twitter. Following the same, her fans took a note of the same and thereafter, got her father trending on Twitter.

Click on the links below to checkout her fans’ helping trend Rubina’s father Mr. Gopal Dilaik’s birthday on Twitter: 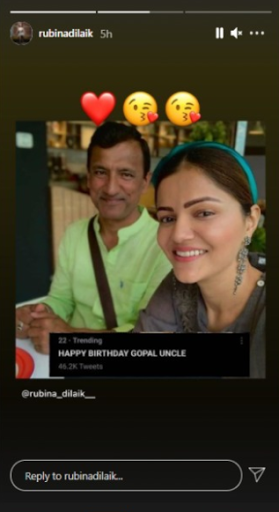 Witnessing the same, Rubina herself got overwhelmed with her fans responses towards the same.

Currently, the actress is playing the role of Saumya in Shakti while actor Cezzane Khan is all set to romance her in the show.