Did you know? Divyanka Tripathi’s brother is also a FAMOUS actor! 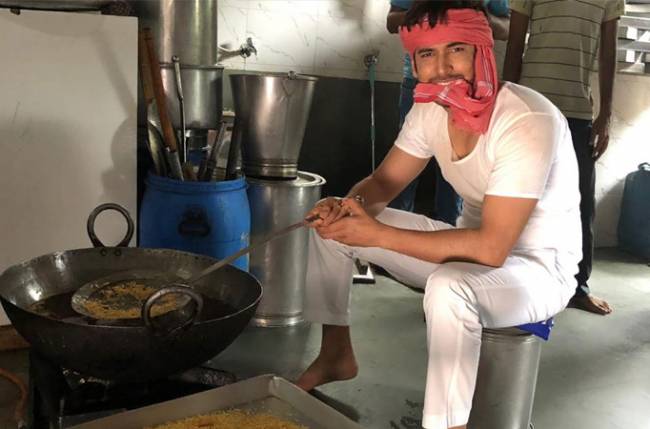 MUMBAI: Actor Shivin Narang is making a comeback with TV show Internet wala love in which he is playing a RJ. Tunishas Sharma who played young Katrina Kaif in Fitoor is paired opposite him and the show also stars Minissha Lamba in a pivotal role.

Recently, he was spotted shooting in the get up of a halwai for a sequence at Vasai recently. The look was really interesting and caught many’s attention. Talkign about his look he says, “ It’s a very interesting sequence in the show and it was fun shooting at a real location inside the halwai shop. I realized making snacks it’s really tough but eating is not”.

Well, the actor who hails from Delhi looks really convincing for as a halwai. In case he ever plans to switch careers, a sweet shop won’t be a bad option.