Neelu and I share mother–daughter bond in reel and real life: Lily Patel

Here’s the next big move in Star Plus’ Yeh Rishta.. 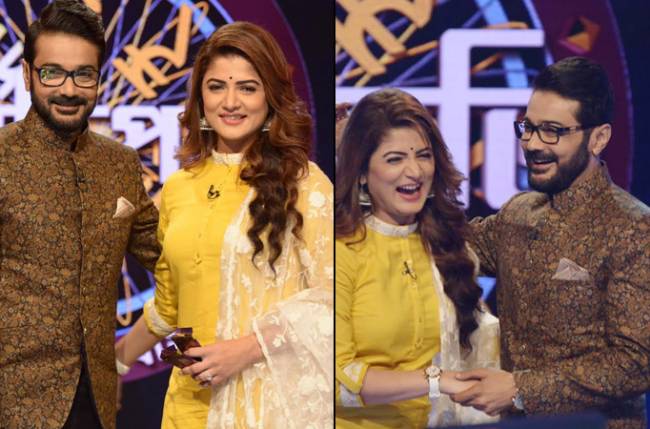 Kolkata: So far, viewers of Colors Bangla’s Ke Hobe Banglar Kotipoti have seen celebrities like actress Rituparna Sengupta and cricketer Jhulan Goswami playing the quiz show. Another star to be seen in the forthcoming episode is the gorgeous Srabanti Chatterjee, who will put her general knowledge to test on the show.

In addition, the actress will also speak about her upcoming movie Piya Re, which stars Soham Chakraborty, Kanchan Mullick, and others.

We also hear that her entry on the set was as filmy as it gets. The actress, who has a million-dollar smile, was wearing a yellow and white salwar kurta and sporting a girl-next-door look. She looked adorable in a black bindi and silver jewellery.

Srabanti spoke about her role as Riya in the movie and the twists and turns that lead to an unprecedented climax.

Loyal fans of the actress would know that she is a great mimicry artist, and she didn’t disappoint the viewers this time as well.

She got along well with host Prosenjit Chatterjee, as she had acted with him when she was a child. She was all praises for the host and said Bumbada (Prosenjit) as a co-actor had given her so much space in her debut on the big screen despite their age difference. She also goes on to narrate her experience of working with the Tollywood superstar.

Catch the exciting episode at 9 PM on 10 August.