Shehzad Deol in the finals! 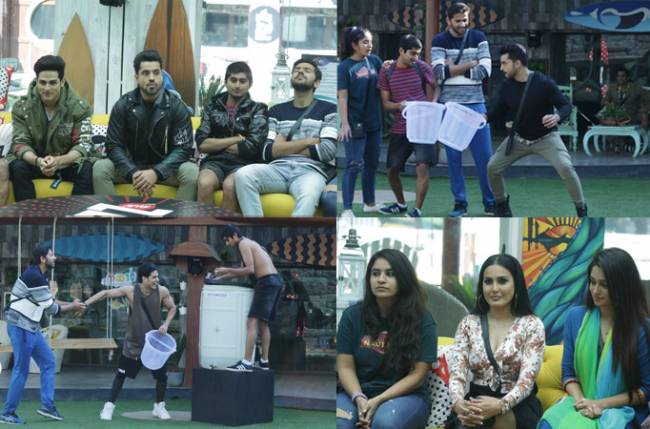 MUMBAI: The Bigg Boss hotel task, ended on an ecstatic note after celebrity guests entered the Bigg Boss house. Another surprise that awaited the contestants was the entry of ex-contestants Kamya Punjabi, Priyank Sharma and Gautam Gulati. The contestants were extremely happy to see them and thought they had come to cheer for them. But what they weren’t aware was a task that was to follow.

Bigg Boss announced a task called BB water station, which gave the contestants an opportunity to regain the amount of Rs. 6,65,000 that they lost from the prize money. To make the task more exciting and fun, the ex- contestants challenged the current housemates.

The housemates had to choose any 3 amongst them to compete with the ex-contestants in the task. Amongst the current housemates, Romil, Surbhi and Deepak were chosen for the task. As a part of the task, two tanks were placed in the garden area along with a water tap. After every siren, both the teams had to rush to the tap to collect water in their respective buckets and fill the tank. Only one person could fill their bucket at one time. Hence it was a tough fight among the contenders. At the end of the task, whichever team’s tank is filled the most, that team would win the task. Dipika was chosen as the sanchalak of the task.

With the task coming to an end, the housemates were ready to retire for the nightbut a new surprise came knocking at their door. Giving everybody a jolt Bigg Boss announced a midweekeviction. The 6 contestants stood in the garden area waiting to hear their fate. Bigg Boss asked them which 2 contestants according to them should leave the house.

Whose journey will come to anend and who will triumph to the top 5 finalists?