TV celebs stand in solidarity against discrimination on IDAHOT!

Prachi Tehlan desires to walk on the footsteps of Akshay Kumar 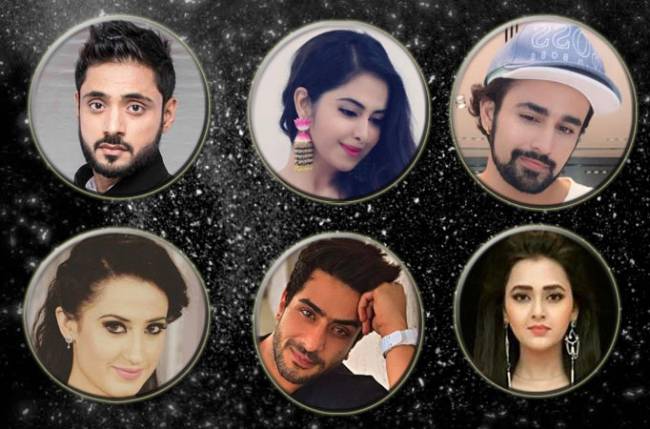 International Day Against Homophobia, Transphobia and Biphobia (IDAHOT) is celebrated around the world each year to bring attention to the discrimination and violence LGBTQ people still face, as well as to recognize advancements in LGBTQ equality. At least 75 countries criminalize same-sex relationships and in up to 10 countries same-sex conduct may be punishable by death. Ahead of this year’s celebration, Indian television celebrities stand in solidarity against homophobia, transphobia, biphobia and all forms of hate facing the LGBTQ community across the globe.

Pearl V Puri: I stand and support the third gender. There should be no discrimination. As it’s not about two same gender people being in love, it’s about two people who love each other and who have decided to commit to each other for the exact same reasons any other couple would get married.

Avika Gor: Like being a woman, like being a racial religious tribal or ethnic minority, being LGBT does not make you less human. And that is why gay rights are Human Rights and Human Rights are gay rights. I don’t believe in such discriminations. I feel even they have right to live like us and with us.

Ritvik Arora: I think with widespread awareness, exposure through the internet and a radical movement towards a more transparent society, it has helped people to know and respect genders other than male and female. However, a complete and absolute respect and honour on an individual level is still absent. People need to understand that sexuality of a person has nothing to do with their character. No doubt there has been advancement with people now becoming more confident and particular about their sexuality, however our society needs to be more sensitive, cooperative and conducive towards people with different sexual orientation.

Nikhil Khurana: I always encourage people to be themselves and the only way we can do it is by accepting others as who they are. We need to be a non judgmental person and build a society free from discrimination and hate. Every individual should be allowed to live a life of choice, not the one society wants. Judge no one and hence it will be easier for you to be yourself.

Sara Khan: We should indeed keep calm in the face of difference, and live our lives in a state of inclusion and wonder at the diversity of humanity. I believe nothing is out of nature, it’s natural to fall in love for the person you really enjoy and like, be it with a prince or princess. I support love not the hate which society keeps for third genders.

Adnan Khan: I don’t believe in discrimination against group of people. I feel it’s wrong. It doesn’t matter what you think about somebody, if group of people want to live with certain things, that’s their right to do so and discrimination among them is terrible because you are getting involved with somebody else’s life when they haven’t asked you to. I feel everyone has equal rights to live a life of their own.

Alisha Panwar: I actually hate the word homophoba. It’s not a phobia. You’re not scared. Being LGBT is very much natural. Hating them is a lifestyle choice. And I don’t stand with those choices which are not meaningful but painful. Every individual has right to live a life they want to. Loving someone is really not a crime.

Aly Goni: It’s high time to stand together with LGBT and allow them to live a peaceful life just like us and enjoy their relationships and choices of life, exactly the way we do. Nothing is wrong, as we say love is blind, also love is beautiful.

Roshni Sahota: If you’re not sure how beautiful is same sex marriage, go and meet some of the families and see what they’re looking for. Once you take it out of the caricature of what same gender marriages are, and put it in the reality of family and what these folks are fighting for, it’s really amazing. I stand with them; they own every right just like us.

Abhishek Sharma: Everyone has the right to love and be loved, and that’s the position I take. I stand with LGBT community and urge the same lifestyle for them, the one we are enjoying. They are not meant to face discrimination or hate.

Kunal Jaisingh: People should be allowed to marry, and same gender marriages should be out there. If a man or a woman has a good partner and they love each other with their heart and soul, let them marry. I am very much in support to welcome a society where all the three genders live equally without any discrimination or hate.

Arshi Khan: I think there is a generation gap. I personally look forward to, as our generation becomes the leaders, you are going to see a change, and I think hopefully same gender marriage will be a part of that country. The third community will enjoy each right just like us.

Additi Gupta: A gender-equal society would be one where the word ‘gender’ does not exist and where everyone can be themselves. The change I want to see is a start-up environment where everyone, regardless of gender and background, feels welcome and safe; where sexual harassment or discrimination will not impede great talent from producing great impact.