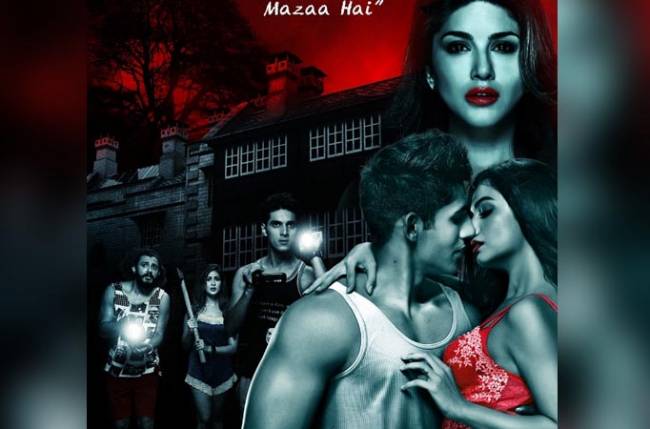 ALTBalaji and ZEE5’s Ragini MMS Returns Season 2 just launched the first 6 episodes of the new season and they totally justify their promise of ‘Do mein zyada mazza hai’ by offering a double dose of horror, sensuality and entertainment. Audiences’ favorite Ragini is back yet again to spook everyone in the most sizzling and scariest manner along with the hot and sensuous Bollywood diva, Sunny Leone who returns to Ragini MMS franchise to add the extra chamak, dhamak and namak. While Sunny added the oomph factor, youth sensations Divya Agarwal and Varun Sood set the screen on fire with their sizzling chemistry.

After the stupendous success of the first web-series, ALTBalaji has now launched the second season with youth sensations and real-life couple Divya Agarwal and Varun Sood along with the other popular actors. Sunny Leone who headlined the Ragini MMS 2 will be seen lightening up the screen in this second season as well. Divya Agarwal who essays the role of Ragini goes on an all-girls trip with her friends to celebrate the bachelorette of her closest friend Varsha who is getting married. Unaware of the fact that a gang of boys, who also happen to be their friends from college followed them on this trip, the girls reach a recently opened hotel in the woods. The owner of the hotel, Rahul, played by the handsome Varun Sood, meets Ragini here for the first time and there is an instant chemistry between them. Rahul is good looking and the quintessential nice guy. He is smart, intelligent and genuinely likes Ragini. Running a hotel for his family, he also knows what responsibility is.

Things start to slip out of hand on the first night itself when Ragini feels something is wrong with the place, but others don’t take her seriously. Soon things go from bad to worse and the whole group succumbs to the paranormal activities one by one and go missing one by one. Soon they all decide to leave the place. What follows next is a series of scary events that turn their world upside down. Devastated by this, Ragini decides to take matters into her own hands and soon secrets tumble out. The show also has an ensemble cast of Sneha Namanandi, Navneet Kaur, Thea D’souza, Sakshi Gupta, Rishika Nag, Aarti Khetarpal, Antara Banerjee, Archana Vadnerkar, Gaurav Alugh, Vicky Rathod, Mohit Duseja, Diljaan Sayyed and Subir Rana Gupte.

On the launch of the series, Divya Agarwal said, “The day has finally come when the audience’s will get to witness Ragini 2.0 in an absolutely new, bold avatar. It feels great to see the hard-work, and all the effort reach its fruition. I am excited and nervous at the same time to see the audience’s verdict. It was really amazing to work with Varun and give our fans a glimpse of our chemistry. I am hopeful and certain that viewers will enjoy it the way they have enjoyed the previous season and the films.”

Varun Sood quipped, “The series is extremely special for me as it is my acting debut and the cherry on the top is that I get to share the screen with Divya. Working on the series and with Divya has been a wonderful experience. I still remember, post-shoot, while going back home, Divya would give me feedback on my acting and I would pull her leg with inside jokes on the set. All of us have worked really hard to make this happen and I am hopeful that the audience will appreciate and give us their love and support.”
Recognized as the most popular Indian horrex franchise, Ragini MMS gained immense popularity in the country with its two feature films, and one adapted web-series – Ragini MMS Returns. The latest season is an exciting addition to the franchise. The 14-episodic series will telecast 6 episodes on 18th December and the remaining episodes on 22nd December and 29th December, 2019.