Would love to do a project with my brother: Mukul Dev

Papon steps down as the judge from singing reality show

Lucky to have Ashish Sharma as my co-actor: Sonarika Bhadoria 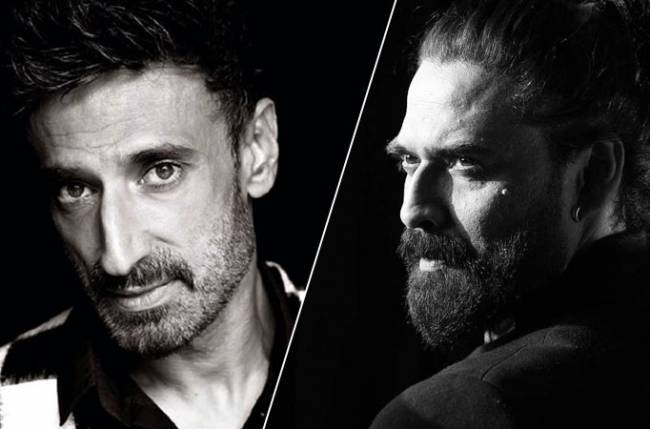 Mumbai: After the 2013 Kannada film ‘Veera,’ Mukul Dev, who began his acting journey in Bollywood with the 1996 movie ‘Dastak,’ wants to do another project with his brother and actor Rahul Dev.

Mukul shared that he and Rahul talk about “our respective experiences while performing a particular character and challenges faced by us.”

Apart from discussing their work with each other, he is also keen on working with Rahul, known for his work in films like ‘Champion’ and ‘Dishoom.’

“I would love to do a project with my brother as we share a bond with each other,” Mukul said in an interview.

For now, he is enjoying his stint in television.

“I started working in the small screen since 2006. I hosted a non-fiction show. After that, I was tied up with shooting for various films in Hindi, Punjabi, Telugu, Kannada and Bengali.”

“I was looking for a project that would be contemporary and different from what is being shown on TV. When I got this (’21 Sarfarosh: Saragarhi 1897′) offer from Discovery, I was sure that my apprehensions would be taken care of. And no doubt, the battle of Saragarhi is a landmark in our history, so I immediately said yes,” he shared.

For the Discovery JEET show, he had to do a lot of research.

“My character of Gul Baadshah is basically of a tribal Pashtun lord who collects 15 to 20 others tribal lords like him and forms an army of 10,000 Afghans against the 21 Sikh Regiment posted at Lockhart, now Khyber Pakhtunkhwa, Pakistan.”

“Since the demand of the character was to have long hair, beard, I prepared myself for the same. Getting the right dialect was also important as the character speaks in Pashto so I had taken help from different people,” said Mukul.

And one of them was his father.

“For this character, I took the help of my father as he knows how to speak in Pashto and Persian. He helped me to get the correct pronunciation and diction,” said the actor.

What do you think about Mukul Dev?

After the finite series, is he willing to take up a daily soap or host a reality show?

“Yes, definitely. I see everyday as a new chance to live life of a different character and that’s the best part of our profession,” he said.

He is not a trained actor, but always had an interest in being in front of the camera.

“I went to a pilot training institute, Indira Gandhi Rashtriya Uran Akademi which is in Rae Bareli, Uttar Pradesh. There, I was famous for mimicry and comedy. I used to mimic Amitabh (Bachchan) and Vinod Khanna.”

“After completing my pilot course, I faced problems in getting a good job. Then I tried my luck in modelling,” said the actor, who has also featured in a film titled ‘Bachchan.’