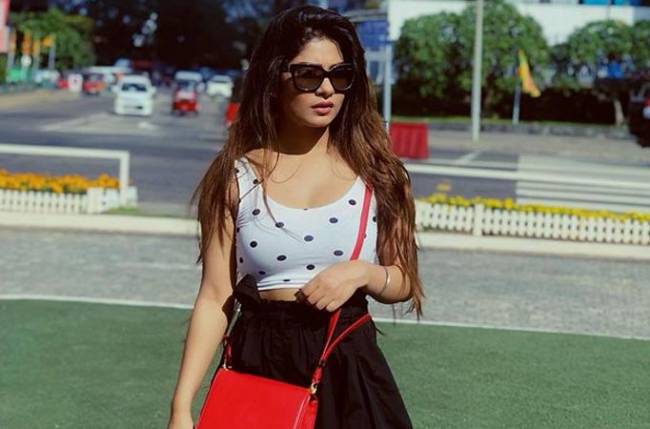 One of the most popular television actresses, Krishna Mukherjee never fails to mesmerize her fans with her fashionable looks.

The pretty lady, who played Taamsi in Colors TV’s Naagin 3, has an amazing fan following on social media and she makes sure to treat them by sharing her amazing pictures. The Yeh Hai Mohabbatein fame actress has yet again shared a post.

She took to her Instagram handle and shared two pictures wherein she can be seen posing stylishly. She donned denim hot pants which she teamed up with a cool white top. While posing for the clicks, she stylishly flaunted her long tresses. We must say her style game was on point.

On the professional front, Krishna has worked in several shows. She started off with Channel V India’s Jhalli Anjali where she played Sheena. Later, she was seen in anthology series Twist Wala Love, where she played Arshiya. Krishna came into limelight with her portrayal of Aliya Raghav in Star Plus’ Yeh Hai Mohabbatein.