Congratulations: Farnaz Shetty is in LOVE! 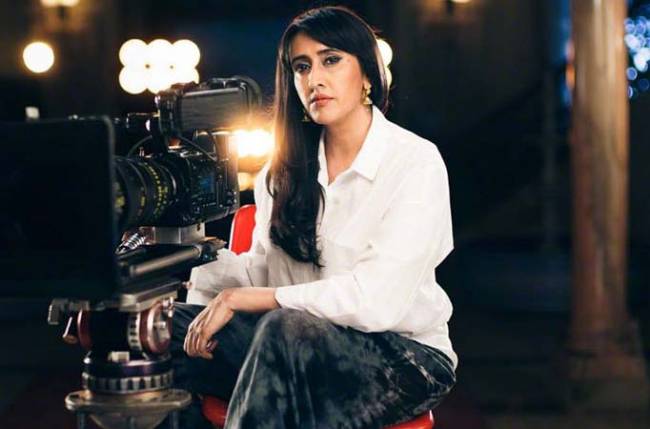 With the coronavirus pandemic impacting the economy adversely, producers have been worried about the budget cuts, working with 33% of crew and above all, ensuring the safety of the ‘work family’. While many shows have already been shut down due to budget issues, others’ have been asked to follow 16-page guidelines in order to begin shooting. The shoots for major shows have finally begun including Yeh Jaadu Hai Jinn Ka which stars Vikram Singh Chauhan and Aditi Sharma in the lead roles. The broadcasters are aiming to begin fresh telecast from July 13th. We spoke to Yeh Jaadu Hai Jinn Ka producer Gul Khan spoke about the difficulties they have to face while making a supernatural show, financial issues, and banking episodes.

The biggest challenge and track change

We have to cut down the action sequences on the show. We have been told that we will have to reduce the level of graphics because our show had a heavy action scene and also to make up for the footage. Also, because there is curfew which is of 9 PM, we will have to pack up by 7:30 PM so that the team reaches home by 9, and the crew strength will also be one third, so we will have to create a second unit. For Jadu, we will have to start a new track, otherwise, how will we bank episodes?

The economy is crashing; it is in depression, so our budgets will also suffer. We will have to find out a way and be innovative. As a team, we will have to figure out a way to sustain the production quality with less budget.

Script had to be toned down because Jadu had high action scenes in almost all episodes. Cars are flying, people are hanging, jungle sequences, action sequences, the show can’t be written that way for some time now. It will now have to move towards establishing more relationships and romance, the number of action sequences will have to go down.

Of course, rating pressure is going to become worse than before. But, we have a very happy cast and crew. We know that we will do our best and then we will see. You have to draw a line, how much stress you can take (smiles).

Yes, we are still considering how to go about it (on how to manage with less crew on floors). While shooting, a lot of people are on a daily basis. For a show like Jadu, the number of people on floors, it depends on the scene being shot. If there is an action scene, if there is an animation, so that day the action and graphic people are on the floor, it fluctuates depending on that. So, it is not like we will have to let go (of the crew) but the level of fluctuation will differ because the action, graphics, and other things will entirely go down on the show. The people who are regularly on salary won’t come into this category, anybody who is employed with us, we won’t have to let go.