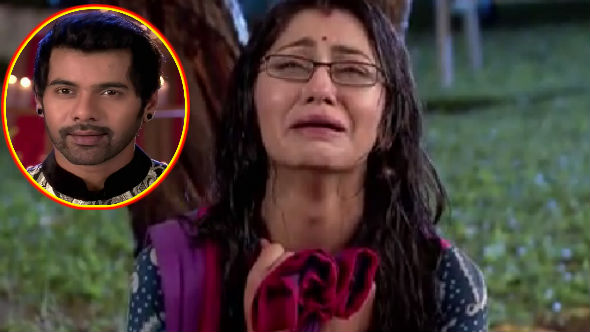 Kumkum Bhagya landed up showing Aaliya (Shikha Singh) and Tanu (Leena Jumani) as the villains and with the plot heading nowhere, the makers once again brought the show back to square one to showcase the love story building up between the two protagonists – Abhi (Shabbir Ahluwalia) and Pragya (Sriti Jha), AGAIN.

The only thing we are thankful for is nobody from the cast is quitting the show, which would lead to the creatives installing one or more plastic surgeries of the characters!

For now, the Abhi has found his true fan in Pragya, and will ask her to share the centre stage with him while performing. Though her confidence will be shaky, Abhi will encourage her to sing from her heart and she will mesmerize the audience with her hypnotic voice.

For the fans, who are still hooked to watching the show and have not given up hopes, Abhi and Pragya’s re-bonding will be something worth watching.

But everything in an ‘Ekta Kapoor’ soap cannot go merry for too long. It is an unwritten rule to drop in insane sequences to barricade the overflow of love, and hence, Abhi’s performance will be interrupted by a big fault in the music programming!

This event will embarrass him and will upset him so much that he will blame Pragya for being irresponsible.

How will Pragya justify this accusation?