#BB10: After ‘Beti’ Priyanka Jagga, Om Swami pees out in the open! 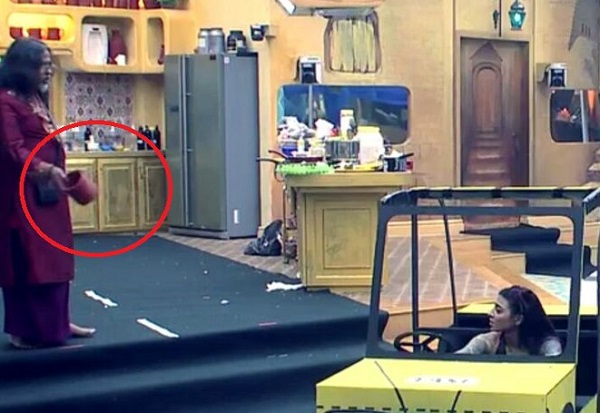 Om Swami once again, succeeds in inviting the wrath of the inmates.

We wonder how the self declared God man manages to do it, but he does it every single time. Om Swami has once again made it to the news with his disgusting attention gaining habits. After openly accepting that he had used a female intimate wash on his private parts, he just upped his act now.

Following in the footsteps of his ‘Beti’ Priyanka Jagga, Om Swami will be seen urinating out in the open. He will be peeing in a bucket jug while standing in the kitchen and living area.

Well, it so happened that during the luxury budget task Taxi and Passenger’, drivers Bani and Manveer had to drive housemates around and collect fares from them. And when Om Swami refused to pay them the fare, they refused to drive him around.

This angered Om Swami and to get back at the housemates, he peed in front of one and all in a bucket and left it near the kitchen area!

This act of Swamiji irked the other inmates and Manveer so much that he was about to hit Swamiji. But the other housemates stopped him from doing so.

What remains to be seen is how would the other housemates deal with Swamiji’s such insane behavior. Also, we just can’t wait for Bigg Boss and host Salman Khan to reprimand Swamiji.
After all, doesn’t Swami deserve it?