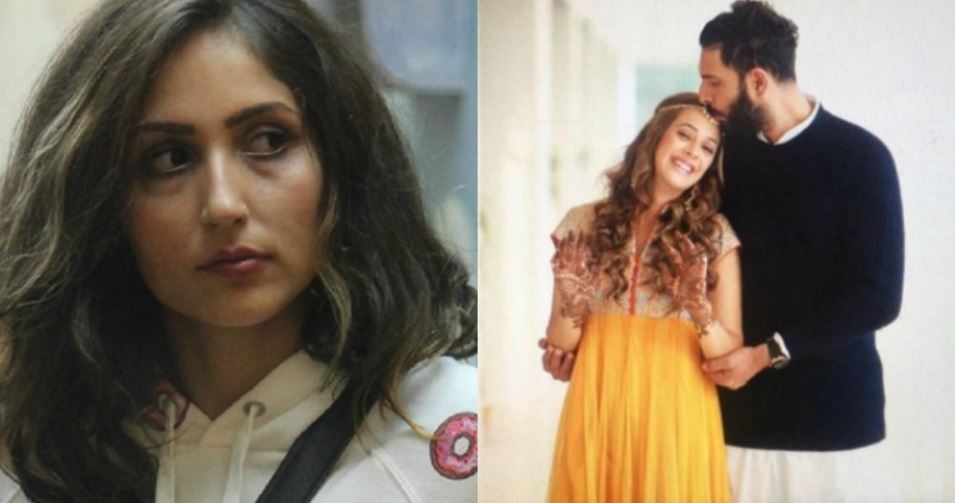 When Akansha Sharma entered Bigg Boss Season 10, she created a furor with her revelations about her married life with cricketer Yuvraj Singh’s brother, Zorawar Singh. Akansha’s revelations about how her mother-in-law Shabnam Singh would compel her to have sex among other things, took the entire nation by storm.

Shabnam Singh too, not keeping quiet, rubbished Akansha’s claims vehemently. She even went on to state that she would file a defamation lawsuit on Akansha as she was tarnishing the Singh family’s respect.

Amidst this dirty mudslinging, Akansha’s brother-in-law and cricketer Yuvraj Singh tied the knot with girlfriend Hazel Keech on November 30 in a Gurudwara 40kms away from Chandigarh.

And, Akansha, along with congratulating Yuvraj and Hazel also had a warning for the couple, not to mention that Akansha was also full of praise for brother-in-law Yuvraj.

Akansha was quoted as saying that she wished for Yuvraj and Hazel to stay separately after marriage and not with Shabnam. She also described Yuvraj as someone who would not take any interference from his mother.

She also mentioned that Yuvraj did not stay in Delhi for more than 3 days.

The newlyweds are however, yet to respond to Akansha’s ‘wishes and advice’.