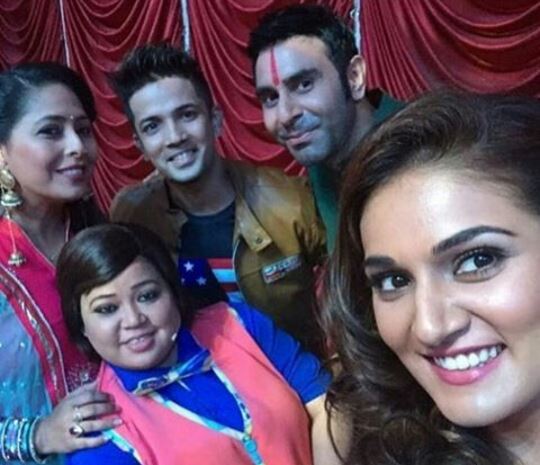 Look out for the names below.

With the buzz going round of Optimystix Production show ‘Comedy Nights Live’ going off air soon, it seems the makers are trying to boost the TRP’S of the show by bringing unusual sets of celebrity guests now on their show.
We are saying so because the show usually welcomed Bollywood’s starry celebs to promote their upcoming movies, shows and events.

The next episode will witness the presence of ace choreographers and judges of popular dance reality show namely Geeta Kapur, Mudassar Khan and Sandip Soparkar. The common thread amongst them is Dance India Dance where they were noticed on the ‘Judges’ seat.

Indeed, it would be amazing watching the dancing gurus meeting the comedy gurus on the show!
Stay tuned for more updates.