Find out why Raj Singh Arora is giving riding lessons to Aishwarya Sakhuja and Pooja Gor!

Karan Johar talks about S** and says he LOVES Riteish! 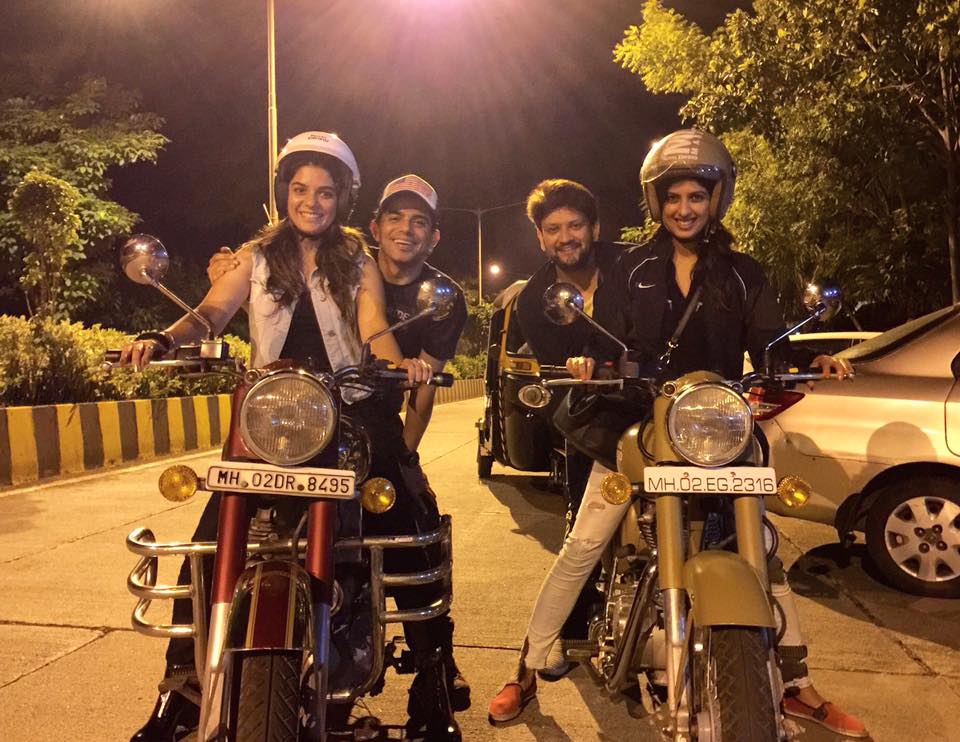 Pooja Gor and Aishwarya Sakhuja learn how to ride a Royal Enfield!

Aishwarya Sakhuja has been in the news for a while now because the actress has started shooting for a big scaled project. There have been a lot of speculations about her upcoming project and the actress has also posted a lot of teasers on her social media pages. We got the news that she has been taking Bike riding lessons along with Pooja Gor where Raj Singh Arora had been teaching them how to handle the mean machine.

We decided to find out more about their riding training and spoke to Aishwarya, who said,”Riding an Enfield is something I HAD to do! It is actually for a project that you guys will hear about soon. I wanted someone to teach me so Raj being my neighbour and the only one I know who has a bike, decided to help me out. So Raj started teaching me and Pooja as I thought she should also tag along as she wanted to learn. I have been riding for a while but then I am scared of roads and speed so hopefully, I will be trying to get that fear out of my mind!”

So we would be seeing Aishwarya ride an Enfield in her next show! We wish Aishwarya and Pooja all the best for their riding sessions! We hope they pick up a few things from Raj and ride safe!