Even as the pandemic continues to cast its shadow of stress, Zee TV is attempting to lighten up the country’s collective mood by offering its viewers an escape from all the stress via the route of rib-tickling comedy through its reality show, Zee Comedy Show. While the show has helped every Indian family unwind with some of India’s top comedians making them LOL their stress away, this weekend, we will see Udit Narayan and his wife Deepa Narayan entertain us with their interesting and spicy anecdotes and revelations. Aditya Narayan’s parents were special guests on the show, but they weren’t the only guests present on the set! This weekend, Zee Comedy Show also decided to deliver a much-needed dose of laughter to the ones who need it the most – the Ex-Servicemen of the Indian Army, Navy and Air Force who have worked tirelessly for the safety of the country.

With the ten comedians of the show, including the newest member Mubeen Saudagar, performing some hilarious acts and the Laughing Buddha of the show, Farah Khan leaving them in splits with her witty reactions, the Ex-Servicemen were seen unwinding in a #HasiOnStressGone mood! To make the experience even more entertaining, Aditya Narayan showcased a dramatic act revolving around the Narayan household. But what’s more was that during the act, Aditya, who was playing himself decided to prank Chitrashi and scared her beyond belief.

During the shoot, Aditya Narayan, Gaurav Dubey, Chitrashi Rawat and Punit J Pathak enacted a skit regarding a day at the Narayan household. While Gaurav Dubey as Udit Narayan and Chitrashi Rawat as Deepa Narayan made everyone laugh with their hilarious antics, there came a scene where Chitrashi picked up the broom to beat up Gaurav as a part of the act. Just then, Aditya lost his calm and furiously recalled that he had mentioned not to include the broom in the sequence, and that they had gone too far. Everyone including Farah Khan, the real Udit and Deepa Narayan, all the artistes and most importantly, Gaurav and Chitrashi were left stunned by his reaction. In fact, the latter was looking at Punit in disbelief and got so scared that she couldn’t muster the courage to utter a word when Aditya asked her on why she picked up the broom. Seeing her terrorized face, Aditya finally burst out into laughter and started dancing with Gaurav, that’s when it was revealed that he was just acting to prank Chitrashi.

As Aditya Narayan mentioned, “The end was actually planned as a prank on Chitrashi, she had no clue about it. She was so scared; I saw it on her face.” Chitrashi also added, “I went into a shock when Adi started asking Gaurav why I picked up the broom. Actually, this was not in the script and backstage Punit told me to pick up the broom and I also felt that we shouldn’t, but these boys planned it well. I was so scared; I didn’t know what to say or do.”

While Aditya Narayan, Gaurav Dubey, Chitrashi Rawat and Punit J Pathak’s act is all set to entertain the audiences, you cannot miss the spicy revelations made by Aditya about how he bargains for everything possible as well as how he used to innocently steal a potato or onion when he used to go to the market as a kid.

To have a hearty laugh and drive away your stress, tune in to Zee Comedy Show every Saturday and Sunday at 10 PM, only on Zee TV. 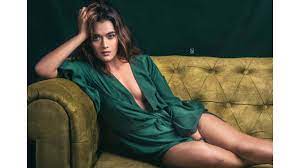