It is very difficult to play a blind person: Sweta Bhattacharya 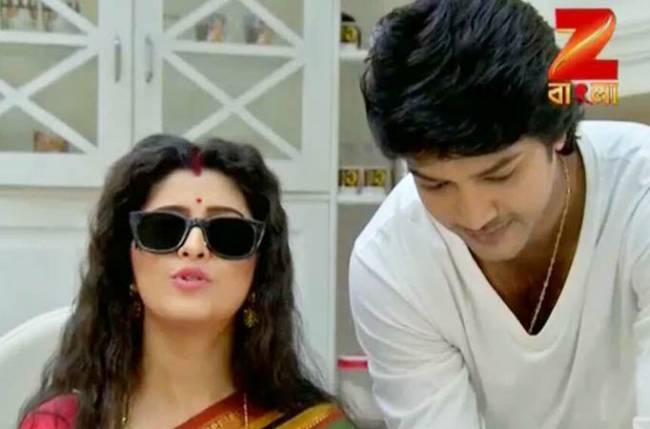 Sweta Bhattacharya, who is currently playing the female lead in Zee Bangla’s Jarowar Jhumko (Blues Production), says that playing the role of a blind person is tough.
In the ongoing episodes of the show, her character Jhumko has lost her eyesight.
Speaking about the challenges of playing a blind person, she said, “This is completely a different character now and is quite challenging. It is very difficult to enact a person who is blind. You have to talk; protest against evil without moving your eyeball, you cannot move your eyeball and it is really tough. I would like to thank Snehasish da (of Blues Production) for trusting me with this role. Earlier, I have played the role of a deaf and mute (in Tumi Robe Nirobe) girl and now playing blind…With every character, I am getting to learn something new and all of this could happen only because of Snehasish da.”
When asked what her reaction was when she was told that her character will turn blind, she shared, “On hearing this I got scared. I asked myself that will I be able to do justice to my character. I still ask myself that am I playing the role convincingly? Dada is offering me such challenging roles with trust. I wonder will I be able to live up to his expectations.”
And guess who gave her the best feedback?
With an affectionate smile, the actress said, “The best feedback came from my elder sister’s kid. He called me and started sobbing. In between his sobs, he said, ‘Mani, what happened to your eyes. I will give you my eyes and take that Baju Kakai’s (played by Saurav Das) (responsible for Jhumko’s current condition) eyes for me. He is just five year old.
Keep up the good work, Sweta!
Keep reading this space for more updates.