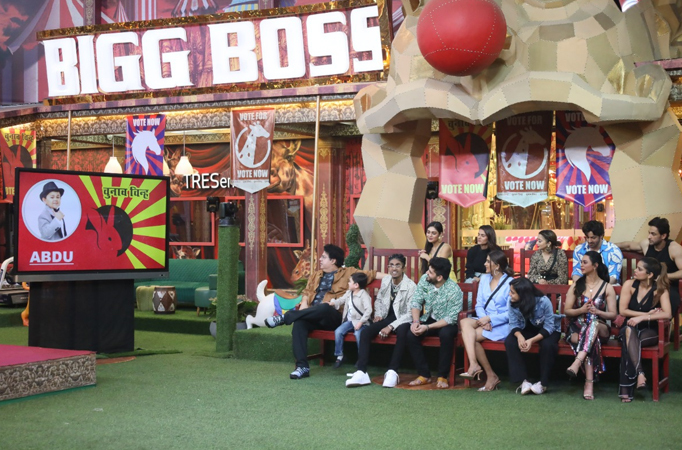 MUMBAI :Writing a game-changing page in history, COLORS’ ‘Bigg Boss 16’ establishes democracy by inviting fans of the show to vote for the captain of their choice for the first time. The master of the house picks housemates Shiv Thakare, MC Stan, and Abdu Rozik as the candidates who are contesting an election against each other for captaincy. This task is a dream come true moment for the fans, who get to step inside the coveted house and vote for their favourite candidates, who will be seen delivering a speech on their manifesto. It will be interesting to see who’s the first captain chosen by the janta.

Among the many highlights of the episode, the one fight that takes the cake is between Vikkas Manaktala and Archana Gautam. Possessive about the kitchen area Archana didn’t want Vikkas to brew his tea on the stove while she was preparing a dish. Until now, many contestants have bowed down to Archana’s idiosyncrasies and quirks, but Vikkas is in no mood to relent. Their fight turns into a heated tug of war between the two and it seems that it could escalate into an incident of violence. A vessel of boiling water spills all over the kitchen and lands in a pot of hot oil. Right then, Archana brandishes a pan in front of Vikkas, who knocks it off cautioning the housemates as the brawl is about to intensify. At this point, Soundarya intervenes and reminds Vikkas that he can’t get violent while he reasons that Archana’s trying her best to instigate him. Find out how this fight ends in tonight’s episode.

This is not all. Yesterday’s fight over who goes to the BB mandi for the third round between Vikkas and Sumbul Touqeer continues in tonight’s episode too. Vikkas alleges that Sumbul is a hypocrite and a liar, who doesn’t say things that she means. Questions are raised about each other’s characters and integrity. In retaliation, Sumbul tries to make him feel bad by reminding him that he’s looking funny while arguing with a teenager. It will be interesting to watch what started it all.

In a light moment, it’s super entertaining to see Shiv Thakare and Shalin Bhanot flirt with Maahim, the adorable four-legged member of the house. Tina Datta laments in front of Maahim while also asking her questions that have been haunting her in the house. The only person who’s having a hard time with Maahim around is Abdu Rozik, who’s being chased by her.

Keep watching the excitement and drama in ‘Bigg Boss 16’ powered by TRESemmé, Special Partner Ching’s Schezwan Chutney, and Make-up Partner MyGlamm every Monday to Friday at 10.00 PM and every Saturday – Sunday at 9.00 PM only on COLORS and Voot