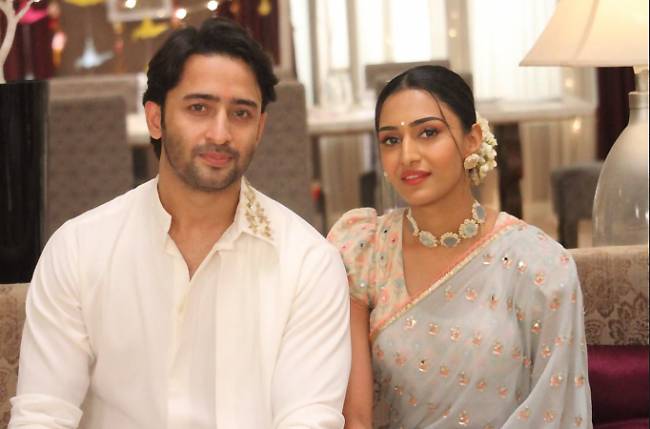 The new season of Kuch Rang Pyar Ke Aise Bhi (KRPKAB) is back and fans can’t keep calm. Actors of the show are equally excited to be a part of yet another beautiful narrative high on emotion. Shaheer Sheikh, who along with Erica Fernandes and Supriya Pilgaonkar, reprised his character in the third season of this Yash Patnaik and Mamta Patnaik’s show sounds excited talking about the third season. In fact, he shares that the team of the KRPKAB is like family, which is why working on the latest season felt like they never left home.

“The initial experience of déjà vu gave way to all of us feeling like we never stopped and just continuing with the same story, just that the time has changed. In fact, at times it felt like we’ve been shooting all this while. Starting at the point where we left the story, equations and bonds made the journey special,” he says. Shaheer then speaks about his character on the show, Dev. “The show is relatable in the way that it makes you feel like such incidents and issues often happen around you or have been faced by a family member, relative or a friend. It’s a good thing because TV demands such content, the over-the-top approach needs to make way for reality. As far as my character is concerned, Dev hasn’t changed a bit, but his equation with other characters has changed a little. We’re trying to show that with time how a relationship evolves and what all happens a few years down the line after marriage. That is something I feel we don’t explore much on television.”

While he is happy with how his onscreen character has grown over time, the actor confesses that he doesn’t relate to his character. “Dev is very complicated, and I am a very simple and straightforward guy. However, Dev has taught me a lot like how can I deal with certain kinds of people in a better way or how to manage different things at the same time,” shares the actor, also known for TV shows such as Kya Mast Hai Life, Navya..Naye Dhadkan Naye Sawaal and Mahabharat. The ongoing season of the show went on floors in Siliguri as during that time the Maharashtra government had out restrictions on shooting in the state due to the surge in COVID-19 cases. Shaheer says that it was a refreshing and welcome change to shoot in a serene location like Siliguri.

“Though we were shooting in a bubble, it was a good change for me. The place is beautiful and we all had a good time. Since the entire cast and crew put up at the same place, it felt like a nice vacation,” he recalls. Much like the two earlier successful seasons, this time too hopes are running high. “Yes, of course, there’s an added pressure. The writers and even the actors have to live up to the expectations of the audience in the first two seasons. And this time too, the writers have done their job well and have come up with a very good storyline taking the narrative forward. We are hopeful that the viewers will like the third season. They have showered us with so much love and support, there is no way we want to let them down,” he ends. Yash and Mamta Patnaik’s Beyond Dreams is known for producing quality content and know the pulse of the audience.