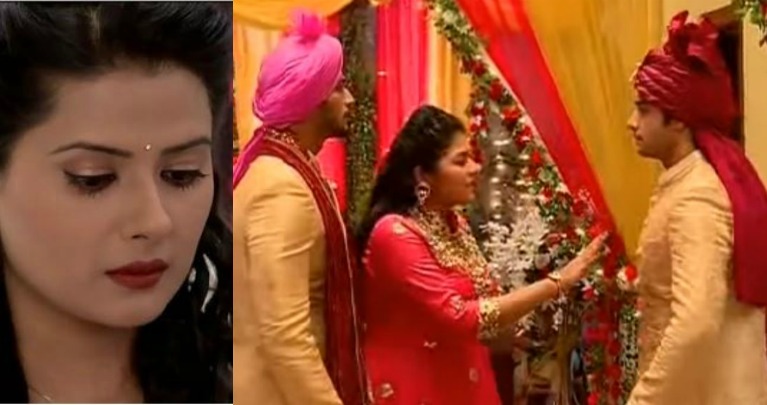 This twist will change the dynamics of many lives in Colorsâ€™ Kasam Tere Pyaar Ki.

Viewers are well aware that Rishi (Ssharad Malhotra), who is madly in love with the real Tanu (Kratika Sengar) is hell bent on getting hitched to her by hook or by crook. He does not want Tanu to get married to Pawan as he just plans on using her.

However, after repeatedly failing at exposing Pawan (Malhar Pandya), both Rishi and Tanu have reached their mandaps. Rishi and Tanu are half heartedly marrying their respective other halves Tanvi (Renee Dhyani) and Pawan. Both the couples have even completed their varmala ceremonies.

But then, Rishi decides to marry Tanu and no one else and plots to kidnap her. Tanu’s sister Ahana (Aditti Sharma) and Rishi’s brother Manpreet (Zuber K Khan) help Rishi in his plot. Ahana, Manpreet and Rishi fake a fight and Tanu comes to calm them down. Ahana makes her drink juice that she has laced with sedatives and Tanu faints after consuming the drink.

Rishi and Manpreet then wrap her up in a carpet and carry her out of the wedding. And Ahana takes the place of Tanu in the mandap. What?
Ahana sacrifices her life for the sake of her sister Tanu’s happiness as she is convinced that Rishi is the right man for her sister.

Now the audience will have to wait and watch whether Ahana will get married to the evil Pawan or will her soon-to-be-jija Rishi come and save her in the nick of time. And what will happen to Tanvi?