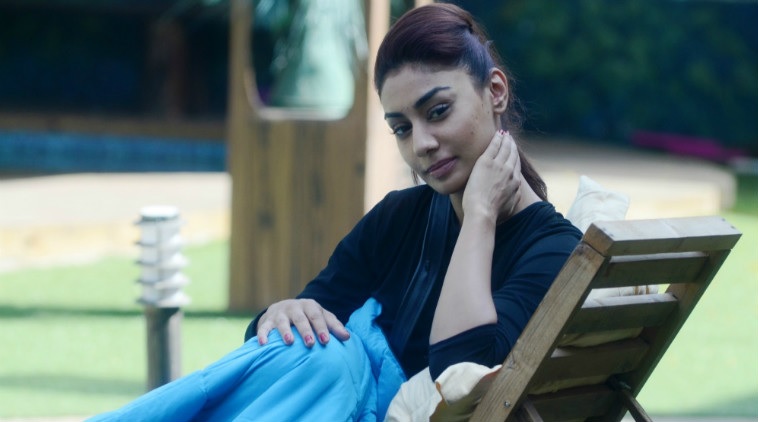 Mahek Chahal has to say about her upcoming show Kavach Kaali Shaktiyon Se.

Mahek Chahal, who has been seen in films like Wanted and reality shows like Power Couple has now stepped into the fiction show realm. Mahek will be seen playing the role of Manjulika, a soul trapped on earth on the show Kavach Kaali Shaktiyon Se.

The show revolves around Paridhi (Mona Singh)and Rajbir (Vivek Dahiya)who are haunted by a spirit named Manjulika. Manjulika is a spirit who has died in vain. It is said that when her person dies without finishing or accomplishing a task, his or her spirit wanders the human world until it has achieved what it wants. In this case, Manjulika is an old lover of Rajbir who couldn’t win his heart. Ever since she died, her spirit has been haunting all of Rajbir’s past girlfriends and killing them. Rajbir is now going to get married to Paridhi and naturally Paridhi is Manjulika’s next target!

We Spoke to Mahek Chahal about her character on the show and how is she coping with her injury. Check out what she has to say-

Can you tell us about your character on the show?
“I play a very dark, seductive kind of character. Manjulika is madly in love with Rajbir. She couldn’t get him while she was alive and now she is back from the dead as a spirit. She will eliminate anyone who tries to get in between her and Rajbir.”

How has the transition from films to reality shows and from reality shows to Fiction been?
“I have always wanted to try fiction shows. Everything has its own specifications and qualities. It is a new experience and I love it. it feels great to be a part of this show.”
How are you going to manage shooting with your injury?
“Colors and Balaji have been very supportive. I don’t think of this injury as a road block. I see it as a small obstacle that I have to overcome. I am a strong person and I am pretty sure I can overcome my injury.”
How is it working with your co-stars?

“My Co- stars are just fabulous! I am really thankful to God that I have such a nice team to work with. Mona and Vivek are both really got at their work and I am sure that the audience would love to see us together on screen.”
We wish Mahek all the best for her upcoming show Kavach Kaali Shaktiyon Se. Let us know through your comments if you are as excited for the show as we are!