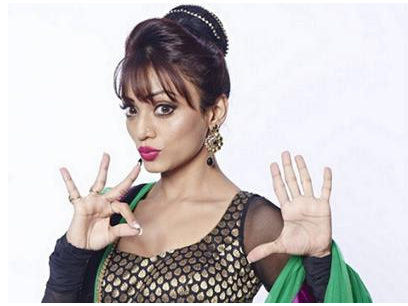 Enormous Magic’s fanciful arrangement, ‘Shaurya Veer Eklavya Ki Gatha’ has been gathering gratefulness among the masses for its exciting idea. Acquiring the oomph remainder to the storyline alongside an additional dosage of diversion, pro on-screen character – Soni Singh will be seen entering the show in the forthcoming scene.

Remarking on the event, the skilled on-screen character, Soni Singh shared, “Yes, I am doing a cameo in Shaurya Veer Eklavya Ki Gatha and my entrance will be found in the VIP extraordinary scene. I will paper the part of Mastani which is a dim character, whose passageway in the show will stamp a wind in the story.”

The storyline will rotate around an exceptional scene where Eklavya and his colleagues are seen commending the triumph of finishing an undertaking given to them. Amid the festival, Eklavya and his group will be seen taking an interest in a melodic night anticipated them. It is amid this period, Mastani will be presented. By looking for Mastani’s help, Dhanua-the opponent needs to prevail in her underhanded arrangement against Eklavya.

Will Eklavya have the capacity to escape from Mastani and Dhanua’s malicious arrangement? To watch the forthcoming turn in the story and the amazing execution of Soni Singh as Mastani, tune into Shaurya Veer Eklavya Ki Gatha on twentieth April, 2017 at 7:30 pm just on BIG Magic!