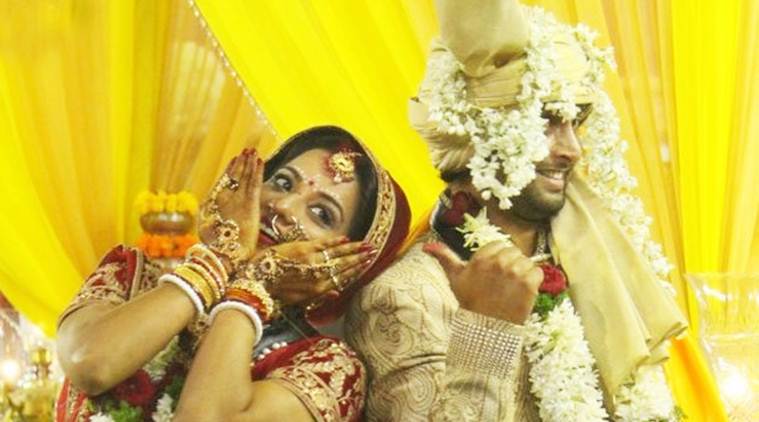 Here’s why the makers of Bigg Boss need a ‘Reality Check’!!

Bigg Boss has been one of the most awaited shows every year, courtesy the idea of having celebrities living 24*7 under the camera, which has consistently ignited the audiences’ voyeuristic feelings like never before!

But the biggest reality show is often thought to reek of pretension and orchestrated drama. Yesterday, what transpired in the Bigg Boss house was really unexpected.

While Sara Khan and Ali’s marriage in the Bigg Boss house lasted for just a few days post their exit… Bigg Boss announced about taking on the responsibility of arranging Monalisa’s wedding to Vikrant Singh.

The to be groom soon made his way into the house to get his 48 hours of fame!

We’re not here to question the authenticity of the said couple and their feelings with Bigg Boss, but to the audiences, it only comes across as a major publicity gimmick.

Here are some thoughts that ran through our mind while watching the ‘Shaadi’ special episodes.

Amidst the band baaja baarat planned for Mona and Vikrant, what took us by absolute surprise was when Bigg Boss announced a ‘Ladkiwale’ v/s ‘Ladkewale’ task!

The way the task has been incorporated in the marriage, it only looks like another reel wedding we see on television in every show with these days, banking on the Maha-episode with all the ceremonies and the ‘naach-gaana’.

Our question to the makers is, what were you thinking while making this decision?

If rumors are to be believed, Sara- Ali’s wedding was a paid affair, so it is obvious for us to consider the same setting for Vikrant – Mona. It wouldn’t b surprising if Bigg Boss soon turns a place for Splitsvilla and Swayamwar too!

This season gave us some of the best entertaining moments in the house, the mix of celebrities and commoners, it looked every bit real until Mona and Vikrant’s ‘Marriage Task’ came up.

When the extended, rather ‘not-so-needed’ family of Mona entered, we could smell their desperation and overwhelmed excitement to be seen on national television more than being a part of the ‘Shaadi’.

Mona’s mother did not look in agreement of the setting and hardly shed two drops (probably as suggested by the content team at Bigg Boss). It would be an emotional moment for any parent to see their daughter get married.

Why was it that the 24×7 camera which surrounds the entire house zoomed hardly for a split-second on Mona’s mother to show the two droplets of tears?

The whole affair did not seem real for sure. It was as good as a TV serial. But just to make the viewers sit to the circus, the new guests constantly pressurized the audience by literally saying that ‘THIS IS REAL’ (Woah! An act to affirm our doubts!).

The episode just got worst when Vikram shied *with his hands on his face* looking nothing better than a fool when he was told that Bigg Boss should make arrangements for their ‘Suhagraat’ too since THIS MARRIAGE IS FOR REAL!!! (Yea, we got it!)

After all that transpired, all we can tell is that Vikram’s excitement and involvement in the entire wedding drama was rather questionable. I mean, or why else would any man, who loves his woman so much, would obsess about how the audience will perceive this marriage on TV rather than living his big moment while getting married to his soulmate…

Mona, on the other hand, looked equally confused during the entire frenzy. Haven’t seen a bride more stressful than her. I mean, the least Bigg Boss could have done is given the couple some off-camera time to resolve their unsettled issues which were quite evident on their faces.