Roshni Chopra to be a Mum soon 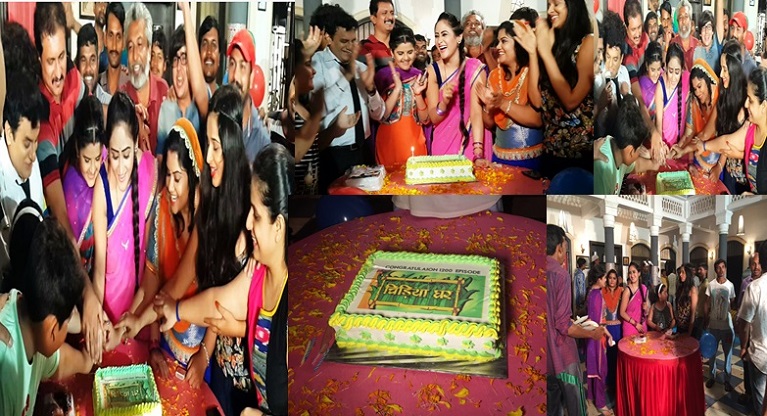 The show went on air in 2011 and is still running strong on the channel.

SAB TV’s show, ‘Chidiya Ghar’ recently completed 1200 episodes with a small celebration on the sets in Film City. The show’s story revolves around a retired principal and his three sons and their respective wives, wherein every individual bears some animal’s characteristic and Babuji always teaches them a life lesson.

The show went on air in 2011 and is still running strong on the channel. The show has always brought in a new element that has kept its viewers entertained through the years. The entire cast and crew celebrated their success by cutting a cake on the set which was followed by a small party.

Paresh Ganatra, who plays Ghotak in the show said, “Happiness can’t be measured so cannot quantify it, but the exposure and experience I have got doing Chidiyaghar for almost 5 years has made be a better person, a better actor and a bit richer. Happy to be a part of a wonderful show and a wonderful team.”

*Claps* and of course, Congratulations to the show!