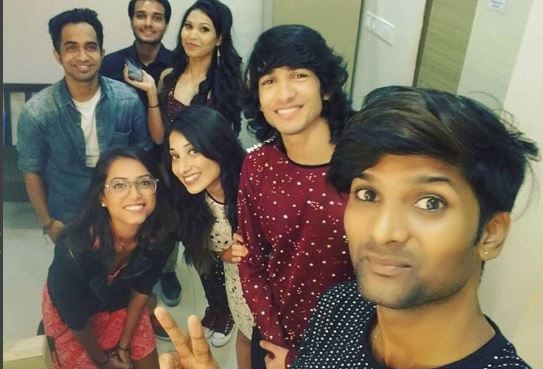 The readers can rejoice as their lovely gang is back together

Yes, the D3 (Dil Dosti Dance) gang is back!
Shantanu Maheshwari who is currently juggling between two shows, MTV Girls On Top and Jhalak Dikhlaa Jaa Season 9 got a wonderful surprise by his D3 gang on the sets of the dancing show – Jhalak. His co-stars from the show visited the set to cheer for his performance.

Expressing the same, Vrushika Mehta stated, “It was an impromptu plan to surprise Shantanu on Jhalak. Due to our busy schedules, we don’t meet often, but we had a plan to come for Shantanu’s act one day. We coordinated with Alisha Singh and later gave him a surprise before his act.”

We quickly asked the actress about how was Shantanu’s act and she mentioned, ” Shantanu is a great dancer and he performed really well. We loved his expressions that he put in his act.”

Along with Vrushika, Shantanu and Alisha, Macedon Dmello, Amar Gowda and Samentha Fernandes were also present from the D3 gang.