Madhurima Tuli and Vishal Aaditya Singh talk about Chandrakanta and the pressure to do well! 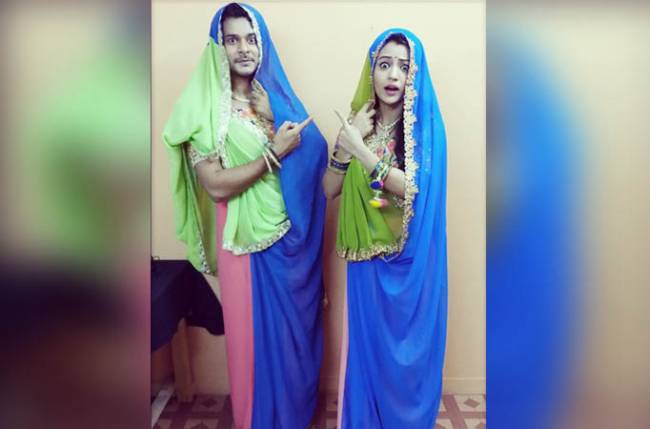 Colors’ newly launched series Bhaag Bakool Bhaag (Edit II) is known for coming up with some of the most hilarious tracks to keep viewers entertained.
Bakool has been juggling between two wives with whom he got married under unavoidable conditions.
Now we hear that, in the upcoming episodes, viewers will get to witness yet another interesting twist in tale.
Our source informs us, “In the forthcoming episodes of the daily, Bakool (Jay Soni) will don the look of Jigna (Shruti Rawat) by wearing a saree. Basically, Jigna’s Kaka (Shekhar Shukla) had come to see Jigna from Bhavnagar and he wants to meet his son in law (Bakool) too. Meanwhile Bakool who have been finding ways to escape, will fail to convince Jigna to meet her Kaka, and having no options left, he will finally don the look of Jigna and meet Kaka.”
When we contacted Jay, he said, “I am playing a woman on-screen for the first time and I found it very difficult. I took around 45 minutes to wear a saaree and I really respect all the women. Everyone on the sets were laughing to see me in this attire and they found it quite funny, the way I was behaving.”
Woah! Seems a fun treat to watch for the audience.