Rashmi Gupta to be a part of Balika Vadhu 2? 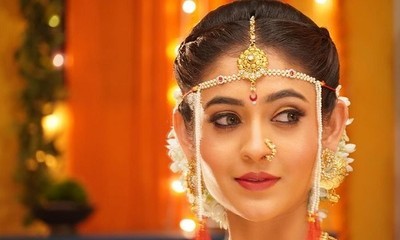 Star Plus’ show Mehndi Hai Rachne Wali is one of the most popular TV shows of the current times.

The show has been witnessing several twists and turns in the story, leaving the viewers hooked to the show.

We have seen how Pallavi’s life has totally changed over time ever since she has got married to Raghav.

Pallavi and Raghav used to hate each other but now, that hatred has gone and both have begun trusting each other.

The love story of Raghav and Pallavi has not started yet but they both are developing feelings for each other.

However, it seems before their love story begins, the makers are prepping for a huge twist in the story.

Pallavi has questioned Raghav regarding Mandar’s murder which came as a huge shocker to the viewers. Raghav had no answer to Pallavi’s question.

Well, we are sure a lot of drama lies ahead.

In an exclusive interview, we asked Shivangi what lies ahead with Pallavi questioning Raghav about Mandar’s murder.

Shivangi said, ”A lot of drama will unfold in the episodes ahead. The viewers will get to see more of Pallavi’s side. Pallavi will be in turmoil.”

She further added, ”Pallavi’s past will be unfolded and a lot of things will be revealed.”

Well, Mehndi Hai Rachne Wali is all set for a high voltage drama in the upcoming episodes.

How excited are you? Tell us in the comments.

The series is based on Star Maa’s Telugu series Gorintaku. Mehndi Hai Rachne Wali is produced by SOL Productions and Sandiip Films.

The show stars Shivangi Khedkar and Sai Ketan Rao in the lead roles.