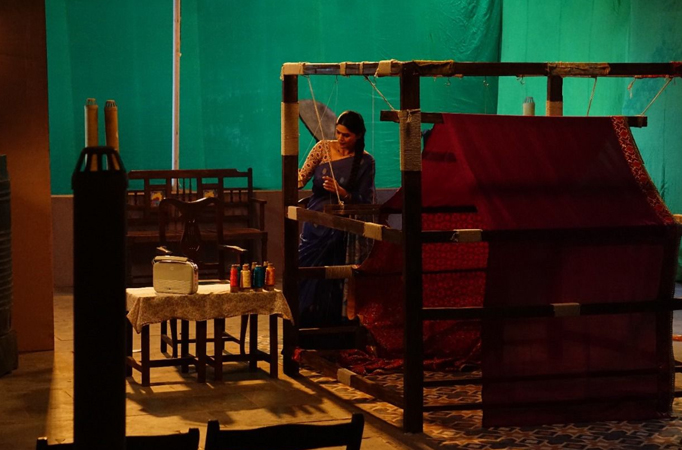 MUMBAI: Karuna Pandey, popularly known as ‘Pushpa’ from Sony SAB’s slice-of-life show ‘Pushpa Impossible’ today has become a household name. The show has garnered immense love and unwavering support from the audience due to its heart-warming narrative and beautiful storyline. It wouldn’t be wrong to say that in a nutshell, the viewers absolutely adore and love Pushpa’s innocent yet gutsy and upfront personality. Her strength and the confidence to face every struggle in life with utmost conviction has made her an audience favourite!

Every day is a new story in Pushpa’s life, and the upcoming episode will show how her daughter-in-law, Deepti Patel (Garima Parihar) accidentally burns Pushpa’s handwoven saree and decides to fix it. In the process Deepti will come to know about Pushpa’s long-lost interest in weaving. As Pushpa goes back to nostalgia and revisits weaving followed by Deepti’s encouragement, Karuna Pandey emotionally connects with this skill. While performing for her character Pusha, Karuna Pandey was seen learning weaving for delivering the scene. Karuna decided to use her desi jugaad just like her character Pushpa and learned the art through interactions and online references she came across.

Expressing her newly found love for weaving Karuna Pandey, said
“As an actor when you prepare for a particular scene which requires knowledge and practice, I prefer in keeping it real. I tried my level best to know how traditional weaving is done, through different ways. I was immediately connected with the emotions of that scene, and I was completely invested in it, wanting to go real. My connection with weaving also seemed to increase since then and I hope someday I get to learn the art in depth and fulfil my newfound love for weaving, or I might take it up as a hobby.”

Watch Pushpa Impossible only on Sony SAB every Monday to Saturday at 9:30 PM